Stem Cell Heart Treatment: Amorcyte Inc. A small stem cell company based in Allendale, New Jersey has received what it calls the “the first U.S. patent in the industry to fully enable practical development of stem cell therapies for treating heart damage following a heart attack.”

Amorcyte Inc. received the patent after its small study, conducted last year, showed that stem cells taken from a patient’s own bone marrow can help repair damaged heart muscle and cause new blood vessels to grow.

According to the company, its patent covers the method of delivering stem cells to the heart through catheter, the process of preparing the cells so that they can stay active for three days rather than hours, and to hone in on the area that needs to be repaired. 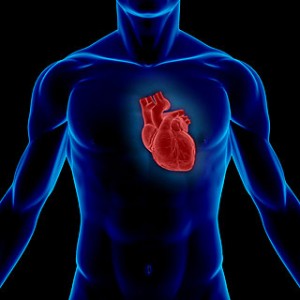 The Amorcyte study — which had 15 patients receiving the treatment and 15 others serving as the control group — was presented at the American College of Cardiology last March 2009. The study found that after six months, those who were given stem cell therapy experienced significant improvement in the flow of blood to the their heart, compared to the others in the control group.

This treatment is not yet available to patients. The company is planning a bigger study that would involve about 250 people. 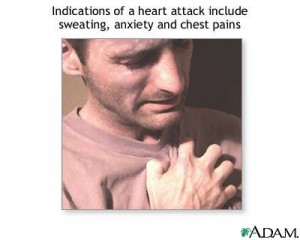 What should you do if you have shortness of breath, chest discomfort, and other telltale signs of heart attack that do not improve in five minutes? Medical experts recommend that you immediately seek treatment.

Unfortunately, according to a recent study published in the Archives of Internal Medicine, people tend to disregard the above recommendation. The study found that, on average, patients who experience the above symptoms for the first time go to the hospital in 2.6 hours. About one in ten (11 percent) actually waited for 12-plus hours before calling 911 or going to the hospital.

The researchers, led by Dr. Henry H. Ting of the Mayo Clinic in Rochester, arrived at the findings after analyzing more than 100,000 patients with a relatively mild form of heart attack.

According to the study, older people, women, non-whites, smokers and diabetics tend to delay their hospital visits slightly longer than other population subgroups.

Says Dr. Ting of their findings: “In the past decade, we’ve made dramatic improvements in how quickly we provide heart attack care. But you can only do so much having an efficient system of care. The next step is eliminating delays when people first develop the heart attack, which is usually at home or at the workplace.”

“A patient experiencing symptoms of a heart attack doesn’t know which kind they are having. All of these patients need to come in much faster. The fact that the greatest duration of delay in heart attack care is with the patient and not in the health care system goes beyond just an education gap or lack of awareness about symptoms.”

In the U.S., heart disease is the leading cause of death and about half of all heart attack deaths occur within one hour- usually outside of a hospital.

Does cold weather increase the risk of heart attacks? A study on the “Short term effects of temperature on risk of myocardial infarction in England and Wales” by Bhaskaran K, Hajat S, Haines A, et al, which was published on the British Medical Journal, suggests that it does.

Cold weather, but not hot weather, is linked to a higher risk of a heart attack, according to the study.

The researchers looked at hospital admissions data for 84,010 heart attacks that happened in England and Wales between 2003 and 2006. Temperature records were taken from the British Atmospheric Data Centre. The researchers also collected information on pollution levels and circulating viral infections, including flu.

However, as the study only covered England and Wales, the researchers stress the need for similar international studies to see whether their findings on the relationship between cold weathers and heart attacks are true in other parts of the world.