Gaga revealed to King that she tested “borderline positive” for lupus , the connective-tissue disease. A few weeks ago, she had told the Times of London that despite occasional “heart palpitations and … things,” she was perfectly fine.

“Lupus is in my family and it is genetic,” Gaga said. Her aunt died of lupus in 1976. “The truth is, I don’t show any signs, any symptoms of lupus. But I have tested borderline positive for the disease. So, as of right now, I do not have it, but I have to take good care of myself.” 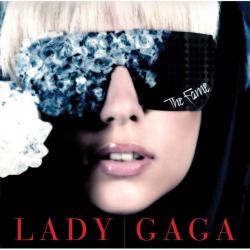 If you are wondering about what exactly Lupus is, here’s some bits of information from the Lupus Foundation:

Lupus is a chronic, autoimmune disease that can damage any part of the body (skin, joints, and/or organs inside the body). Chronic means that the signs and symptoms tend to last longer than six weeks and often for many years. In lupus, something goes wrong with your immune system, which is the part of the body that fights off viruses, bacteria, and germs (“foreign invaders,” like the flu). Normally our immune system produces proteins called antibodies that protect the body from these invaders. Autoimmune means your immune system cannot tell the difference between these foreign invaders and your body’s healthy tissues (“auto” means “self”) and creates autoantibodies that attack and destroy healthy tissue. These autoantibodies cause inflammation, pain, and damage in various parts of the body.

The Lupus Foundation also estimates that about 1.5 million Americans have Lupus. Worldwide, about 5 million people are believed to be living with the disease.

Aside from Lady Gaga, other celebrities with lupus include:

Toni Braxton, singer. The Unbreak My Heart Singer revealed in a 2010 CBS interview that she has been diagnosed with systemic lupus erythematosus (SLE). She received an award during the 8th Annual Lupus LA Bag Ladies Luncheon where she was quoted as saying:

Today I’m going to talk about it because I’m a survivor and I’m here, and I don’t want to lose hope. Take a look — this is what lupus looks like.

Toni was hospitalized in 2012 following a lupus flareup but she assured her fans with the following Twitter message: “Just a lupus flare up, but I promise you all that I am ok! Love you all! Thanks so much for all of your support!”

Nick Cannon, singer/TV host. Nick was diagnosed with lupus in 2012. He tells us more about his condition and how he is dealing with it during an interview with ABC’s Good Morning America:

The technical term is lupus nephritis. It’s a rare form of lupus that’s just attacking my kidneys. They thought it was just kidney disease and then they were trying to figure out why my immune system was attacking my kidneys and that was sort of the root of it all.

My kidneys were in tip-top shape but I started to feel pain again. And because of my schedule and everything I had a few blood clots in my lungs which then affected my heart as well. A lot of people have passed away from that and the doctor said luckily I was in such great shape and taking care of myself because a lot of people have been taken down by it.

I have been ordered to sleep at least six hours a night. They say rest is probably the best medicine. I’m dealing with it. Of course I’m not used to the medicines, but I feel like I’m starting to figure out a lot of holistic ways, meditation and stuff to get through it.

Ever since his diagnosis, the America’s Got Talent host has used his celebrity status to raise public awareness of the disease and to help like-minded organizations such as Lupus Foundation of America. Here’s a video of Nick talking about living with lupus:

Juliana Furtado, mountain biker. The three-time World Cup champion retired from her sport after she was diagnosed with lupus in 1997. In a 2009 interview with Bike Radar, she tells us about what’s life like with lupus:

How has living with lupus changed your outlook on life?
I’ve been healthy for a while now; I don’t think about it, really. I view it as the reason I had to stop racing. I had to leave competitive skiing after several knee operations, and lupus forced me away from mountain bike racing. I’ve accepted it now, although the 1996 Olympics was dismal for me.

What’s it like day-to-day? Do you regulate your diet or take medication?
I took medication for a while. Lupus is like multiple sclerosis. Once I stopped racing it helped, with just a few flair-ups since. I feel like I haven’t felt the after-effects of it. Lupus is worse for men; I remember after I got diagnosed (American broadcast journalist) Charles Kuralt died of it. I stopped going to the doctor after a while, I stopped taking medication once I knew it wasn’t fatal and it wasn’t going to affect my kidneys. It’s like having the flu. The year before and during the Olympics was when I felt it the most; I certainly felt it after retiring.

Mercedes Yvette, model. Yvette is the runnerup during the second season of Tyra Banks’ America’s Next Top Model (ANTM). She tells us more about her condition in this Facebook post published last June 2014:

I was diagnosed with systemic lupus, at the age of 21. When most people are excited to order their first (legal) drink, I was just trying to grasp what Lupus was. Lupus is a chronic autoimmune disease that can damage any part of the body (skin, joints, and/or organs inside the body).

I went from being an extremely athletic girl to not being able to move my arms, fingers, and toes, you name it!! Shortly after I was diagnosed I took a stab at my life long dream and entered the modeling competition, America’s Next Top Model. I remained optimistic on pursing my goals and dreams despite my hair falling out, heavy fatigue, and achy joints. It’s not easy competing against “healthy” beautiful models on the show but runner up wasn’t so bad.

After ANTM, I quickly joined the Lupus Foundation of America as a spokesperson to make people aware of this debilitating disease and fight for more funding for research and awareness.

Seal (aka Henry Olusegun Adeola Samuel), singer. The scars on the face of this British Grammy-winning singer are caused by lupus. More from his IMDB page:

The scars on his face are the result of discoid lupus erythematosus, a type of Lupus that affects the skin, resulting in the classic Lupus “butterfly rash” across the cheeks, and nose. Discoid Lupus can manifest anywhere on a persons’ skin, and can lead to scarring and hair loss in some cases. Most people with discoid lupus are sun sensitive, and must take precautions to avoid sun exposure. It has been reported that Seal is currently in remission.

Shannon Boxx, football/soccer Olympic gold medalist. Shannon was diagnosed with lupus in 2007. Aside from lupus, she is also living with Sjogren’s Syndrome which is another auto-immune disease. In an interview with CNN in 2012, she had these words of advice to people dealing with either condition:

I believe it’s very important to have a support system — friends, family, the Lupus foundation and the Sjogren’s foundation — that understands what you are going through. I think it’s important that you have someone who understands that you can feel good a majority of the time but are there for you when a flare-up happens.

I also believe it’s important to stay active, whatever level of activity feels comfortable to you. I hope this is where I have inspired people. I haven’t let this disease stop me from doing the sport that I love.