Want more heart care news? Check out the story below about a successful artificial heart operation in Italy which could prolong a young boy’s life. It reminds us of the story of Charles Okeke’s artificial heart. 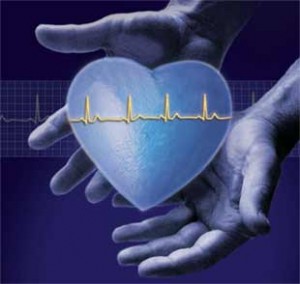 An unnamed Italian teenager underwent the first-ever permanent artificial heart transplant ever performed on a child, hospital officials say. The operation can prolong his life for 20-25 years. The 15-year old Duchenne syndrome patient underwent the transplant for 10 hours last week at the Bambino Gesu Children’s Hospital in Rome.

This was the finding of a research, published Sept. 14 in the Journal Circulation: Cardiovascular Quality and Outcomes, which looked at the “link between heart and psychological health and Type D personality”.

Stem Cell Heart Treatment: Amorcyte Inc. A small stem cell company based in Allendale, New Jersey has received what it calls the “the first U.S. patent in the industry to fully enable practical development of stem cell therapies for treating heart damage following a heart attack.”

Amorcyte Inc. received the patent after its small study, conducted last year, showed that stem cells taken from a patient’s own bone marrow can help repair damaged heart muscle and cause new blood vessels to grow.

Medline goes on to explain that nowadays, because of the advancement in medical technology, the term “open heart surgery” has become confusing as “new procedures are being done on the heart through smaller cuts”.

Five year-old Porter Stone, a heart patient who was next on a transplant waiting list when he was kidnapped by his estranged father from a St. Louis, Missouri hospital, has been found safe just outside Chicago, police announced early on April 25.

He was found in the wee hours of the morning in Alsip, a southwest suburb in Missouri, and then brought to the emergency room of Advocate Christ Medical Center in nearby Oak Lawn for an evaluation. The hospital staff said he is doing fine.

It turns out that the pain works as a signal to stem cells to begin repair on damaged heart cells, the scientists say in their new report, published in April issue of the American Heart Association’s journal, Circulation. And when morphine is used to relieve pain, it blocks the healing work of stem cells — slashing the chances of survival for heart attack victims.