MDMA PTSD Treatment: Ecstasy for Post Traumatic Stress Disorder? New findings from a number of studies suggest that MDMA (3,4-Methylenedioxymethamphetamine) — the active ingredient in the street drug Ecstasy — can be incredibly helpful in treating post-traumatic stress disorder (PTSD), and a United States nonprofit is set to undertake many studies to explore this.

American researchers in South Carolina tested 20 people, mostly women suffering from childhood abuse and rape, who received a combination of the drug and psychotherapy. Their findings show that 10 out of 12 — or 83 percent — of the patients who were given MDMA were cured in two months.

The surprising results, coupled with a rising demand for PTSD treatment in the U.S. and the United Kingdom, is reviving research into how mental illnesses can be treated with the hallucinogens that were criminalized by Western governments only after the war on drugs gained momentum in the 1960s and 1970s.

Leading the cutting-edge — and controversial — research is a Santa Cruz, California-based group called the Multidisciplinary Association for Psychedelic Studies (MAPS).

The nonprofit research institution is currently in the middle of implementing a 10-year, US$10 million plan to make MDMA into an FDA-approved prescription medicine for PTSD. It was this group that supported the South Carolina trial that came out with astonishing results.

Disabling mental illness: does MDMA PTSD treatment offer hope?
PTSD, the disabling anxiety disorder afflicts survivors of child abuse and rape as well as war veterans and other people who see or live through violence, dangerous and life-threatening events.

Most often, people who suffer from PTSD are psychologically incapacitated by flashbacks, intrusive memories, nightmares, and overwhelming feelings of fear, anger, sadness, guilt and pain.

Daily life for a PTSD sufferer is an uphill struggle, disrupted by these strong emotions, as well as mental problems like trouble concentrating and memory problems. They are burdened by overall feelings of hopelessness over the future. PTSD sufferers have difficulty maintaining close relationships. Some of them even end up seeing and hearing things that are not there. 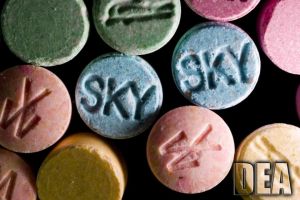 Up to 100 percent of children who have endured sexual assault or abuse, or have seen a parent killed, tend to develop PTSD, psychiatrists say. More than one-third of youths who are exposed to a shooting, stabbing, or other assault will suffer from the disorder.

Also at risk are combat veterans: As of 2005, more than 200,000 U.S. veterans were receiving disability compensation for this illness, costing taxpayers US$4.3 billion in disability pay, the defense department says.

PTSD is “an extraordinarily disabling condition (but) we don’t have any really effective treatments,” says controversial British psychopharmacologist Dr. David Nutt, who headed the U.K. government’s Advisory Council on the Misuse of Drugs up until the former health minister sacked him in 2009 for objecting in public to stricter laws against marijuana.

“In order to deal with trauma, (victims) have to be able to re-engage with the memory and then deal with it. For many people, as soon as the memory comes into consciousness, so does the fear and disgust,” he points out.

10 years, US$10 million
Under its 10-year, US$10 million-plan, MAPS is exploring whether MDMA-assisted psychotherapy has the potential to heal the psychological and emotional damage caused by child abuse, sexual assault, war, violent crime and other traumas.

“Our highest priority project is funding clinical trials of MDMA as a therapeutic tool to assist psychotherapy for the treatment of posttraumatic stress disorder (PTSD),” the activist nonprofit said in its website.

“Preliminary studies have shown that MDMA in conjunction with psychotherapy can help people overcome PTSD, and possibly other disorders as well,” it said. “MDMA—known to scientists as 3,4-methylenedioxymethamphetamine has ‘empathogenic’ effects—meaning that it increases feelings of trust and compassion towards others,” the group said.

“For-profit pharmaceutical companies are not interested in developing MDMA into a medicine because the patent for MDMA has expired,” the advocacy group noted, saying that this was why it was the world’s leading crusader for MDMA-assisted psychotherapy.

What’s more, “companies also cannot profit from MDMA because it is only administered a limited number of times, unlike most medications for mental illnesses which are taken on a daily basis,” it pointed out.

Not Ecstasy
MDMA is not the same as Ecstasy, the group clarified. “Substances sold on the street under the name Ecstasy do often contain MDMA, but frequently also contain ketamine, caffeine, BZP, and other narcotics and stimulants.”

The group said that it only used pure MDMA in its lab studies, not Ecstasy. “(Pure MDMA) has been proven sufficiently safe for human consumption when taken a limited number of times in moderate doses,” it said.

MDMA PTSD Treatment landmark study
The astonishing South Carolina trial that saw 10 out of 12 PTSD sufferers shaking off their symptoms after MDMA-assisted psychotherapy was a flagship study of MAPS.

The study’s 20 participants were mostly female victims of child sexual abuse and rape who suffered from PTSD for an average of about 19 years; only one was a combat veteran. All participants had had PTSD that did not improve despite previous medications and psychotherapy.

For the study, participants were made to revisit their traumatic experiences in therapy sessions, lying back in a reclining chair in a pleasant room in South Carolina, wearing an eyemask.

Sometimes they listened to music on headphones and sometimes they talked to the therapist, all the while thinking about the events that had caused such profound distress that they had been unable to revisit it in past psychotherapy sessions.

Before the sessions, they were given a pill: A control group received a placebo, but 83 percent of the patients (10 of 12) were given MDMA.

“I expected it was going to be effective,” said Dr. Michael Mithoefer, the study’s lead author and South Carolina psychiatrist. “But I didn’t necessarily expect we’d find such statistical significance in that number [of people]. That was the icing on the cake.” Dr. Mithoefer ran the study with his wife, Ann, also a psychiatrist.

The study was published in July 2010 in the Journal of Psychopharmacology.

Next phase: MDMA PTSD treatment for veterans
Addressing the first trial’s most obvious shortcoming — i.e., that 20 people is a small sample — MAPS has moved into a second trial phase. This will focus on U.S. military veterans, said Rick Doblin, the nonprofit group’s founder.

“We want most of the veterans (in the next study) to come from Iraq and Afghanistan,” Doblin told Military.com in an exclusive interview on July 15, 2010. “But we want some Vietnam veterans as well because we want to see if we can help people who have had these (PTSD) patterns for decades.”

While the first study focused on women who were not exposed to combat, Dr. Mithoefer said the largest symptom groups (of PTSD) are the same regardless of the cause. “But you can have differences,” he said.

“As far as we know, the present research suggests the same basic approach works for people with any kind of PTSD, but there are some obvious important differences,” he explained to Military.com.

“It is always individualized, so working with veterans is going to have some different qualities than, say, working with people with childhood sexual abuse… The veterans experience does have some particular aspects to it that are different from other traumas and that has to be taken into account.”

All MAPS clinical trials go through approval of the U.S. Food and Drug Authority. Under current drug laws, possession or use of MDMA is a criminal violation, so Dobin’s group goes to the FDA to approve its possession of the MDMA it needs to conduct its research.

The clinical trial among combat vets has also been separately approved by an independent institutional review board—a requirement when doing a human research study.

Norwegian study on MDMA PTSD treatment
A 2009 Norwegian study, cited by the news site Miller-McCune, explains why MDMA works to help people process the traumatic experiences that are causing their PTSD symptoms.

In their study, Norwegian researchers Pål-Ørjan Johansen and Teri Krebs found that: “People with PTSD often avoid triggers or reminders of the trauma and feel emotionally disconnected or are unable to benefit from the support of others. (This) likely contribut(es) to the disorder’s development and maintenance.”

“A goal during exposure therapy for PTSD is to recall distressing experiences while at the same time remaining grounded in the present,” the researchers told Miller-McCune.

This “grounding experience” is easier with MDMA, according to Dr. Mithoefer of the South Carolina study. The drug helped PSTD sufferers remember traumatic events in therapy and face the floods of emotion.

“What’s most comforting is knowing now I can handle difficult feelings without being overwhelmed,” said one patient, according to the U.K. news site, The Guardian. “I realize feeling the fear and anger is not nearly as big a deal as I thought it would be.”

Dr. Mithoefer said the participants who joined his study said they were able to revisit their traumatic experiences and process them only because they were on MDMA.

“Interestingly, several people said after their session: ‘I don’t know why they call this ecstasy’ – because it was not an ecstatic experience. They were revisiting the trauma. It was very difficult and painful work, but the ecstasy gave them the feeling they could do it.”

In October 2011, the controversial British doctor Dr. Nutt and a colleague said they wanted to repeat the findings of the MAPS Flagship study.

Dr. Nutt and his colleague Dr. Ben Sessa told The Guardian that they wanted to run a similar trial — but with “lots of neuroimaging.” So far, researchers have made very few brain scans of people under the influence of MDMA, precisely because the drug is illegal.

“I feel quite strongly that many drugs with therapeutic potential have been denied to patients and researchers because of the drugs’ regulation,” said Dr. Nutt.

“The drugs have been made illegal in a vain attempt to stop kids using them, but people haven’t thought about the negative consequences.”

Meanwhile, the MAPS founder says he is frustrated by U.S. federal agencies that delay testing drugs that could help veterans struggling to cope with the psychological wounds of combat. “They’re putting the drug war over the veteran’s health,” he said.

Drug agencies contend that drugs shouldn’t be given to people who tend to abuse these. But Dobin argues that the reason why PTSD sufferers abuse drugs is to cope with their illness. If this can be treated they’d have less reason for doing drugs at all, he suggested.

“And it’s not about giving it to them for the rest of their lives,” he clarified, “but two or three times in a controlled setting with a therapist present.”

“That’s the profound power of MDMA when used in a therapeutic setting,” he added.