Barry Manilow has written many songs about young lovers, star-crossed or not, with butterflies in their stomachs and hearts a-flutter. When they first meet, they swoon, and their hearts skip a beat. Listening to these songs and remembering your own loves, so does yours.

But when the famous pop music singer-songwriter’s own heart skipped a beat in 1996, it wasn’t a laughing matter.

After all, although Manilow, then 54, still showed no signs of slowing down and continued to sell millions of albums and perform in hundreds of concerts every year, he was beyond the prime of his life. He was at the age when most people begin to feel the aches and pains of diseases that are bound to develop from the wear and tear of daily life.

“I was driving home and I felt my heart skip a beat. Well, your heart skipping a beat doesn’t sound like it’s anything serious, so I didn’t pay much attention to it. And then it went blump-bla-bla-blump,” Manilow told CBSNews in October 2011. “And it got crazier and crazier, I felt like there was a fish flopping around in my chest.” 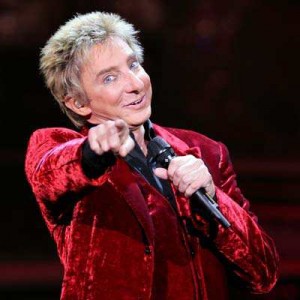 “I called my doctor and said ‘What is this?’ He said ‘Come on in,’ and he knew exactly what it was. It was atrial fibrillation,” Manilow says, he added. “I think it did scare me half to death because, you know, ‘Really my heart, there’s something wrong with my heart?’ But he said not to worry about (it), ‘It’s really good that you called us because that’s what you’ve got to do.’”

What is atrial fibrillation?
Atrial Fibrillation (AF) or A-fib occurs when the heart’s upper chambers faster than the lower chambers, causing an irregular, racing heartbeat.

Mostly an ailment of people over 50 years old, AF affects about 2.2 million people in the United States and 4.5 million in the European Union, and the number is rising in developed countries — but mainly because a higher quality of life is helping people live longer and the proportion of elderly is growing.

While it’s a manageable condition, A-fib can be dangerous because it can cause blood to pool in the heart’s upper chamber, the atria, and when this happens, a blood clot can form, break off and travel to the brain, causing a stroke. Strokes from AF account for almost one fourth of all ischemic strokes, heart doctors say.

“Stroke and heart failure are the two major complications of AF,” says Dr. Holly Phillips, Prevention magazine Contributing Editor, in an interview on CBS News’ Early Show about the heart condition Manilow and so many others have.

People who have AF may not feel symptoms. But when A-fib isn’t noticed, it can increase the risk of stroke, and in some people, AF can cause heart failure when the heart rhythm is very rapid.

“This is why early diagnosis is key,” says Dr. Phillips.

If you are over 50 and have some major risk factors such as congenital heart defects, rheumatic heart disease, coronary heart disease (CHD) and other heart ailments, lung disease or hyperthyroidism and are obese or diabetic or have metabolic syndrome, it’s best to monitor yourself for the symptoms of A-fib:

Fatigue and shortness of breath are common symptoms of heart failure, caused by a buildup of fluid in the lungs. Edema or fluid building up in the feet, ankles and legs can also be a sign of heart failure.

Monitor yourself particularly if you are a man, as men are more likely than women to have AF. In the U.S., AF is more common among whites than African-Americans or Hispanic Americans.

The risk of AF also increases as you age. Inflammation also is thought to play a role in causing AF. Sometimes, the cause of AF is unknown.

If you suffer from the above symptoms, it’s best to see a doctor who will put you through a series of diagnostic tests:

The heart’s rhythms
Because it supplies blood and oxygen to all body parts, the heart is the most important organ, next to the brain. An electrical system controls the heartbeat’s rate and rhythm, which in turn cause the heart to contract and pump blood.

From the SA node, electrical signal travels through the right and left atria, causing these to contract and pump blood into the ventricles, the heart’s large chambers.

The electrical signal then travels down to the atrioventricular (AV) node, the group of cells found between the atria and the ventricles. Here, the signal slows down slightly, allowing the ventricles time to finish filling with blood.

The electrical signal then leaves the AV node and travels to the ventricles, causing these to contract and pump blood to the lungs and the rest of the body. The ventricles then relax, and the heartbeat process starts all over again in the SA node.

In A-fib, the heart’s electrical signals don’t begin in the SA node but in another part of the atria or in the nearby pulmonary veins. Signals don’t travel normally and may spread throughout the atria in a rapid, disorganized way, causing the atria to “fibrillate” or contract rapidly and irregularly.

At this point, the atria and ventricles no longer beat in a coordinated way—creating a fast and irregular heart rhythm. In AF, the ventricles may beat 100 to 175 times a minute, in contrast to the normal rate of 60 to 100 beats a minute.

Treatment
According to the U.S. National Heart Lung and Blood Institute (NHLBI), AF may happen rarely or every now and then, or it may become an ongoing or long-term heart problem that lasts for years.

AF may be brief, with symptoms that come and go and end on their own. Or, the condition may be ongoing and require treatment. Sometimes AF is permanent, and medicines or other treatments can’t restore a normal heart rhythm.

In general, people who have AF but don’t have symptoms or related heart problems may not need treatment.

For those who have A-fib for the first time, doctors may choose to use an electrical procedure or medicine to restore a normal heart rhythm, says Dr. Phillips. “This is the ‘paddles’ described by Manilow – an electrocardioversion defibrillator to shock the heart back to its normal rhythm,” she explains.

According to doctors, this is why the goals of treating AF involve:

Surgery is also an option, heart experts say.
According to the NHLBI, people who are already getting a surgery anyway for heart valve disease may want to consider what is called a maze surgery to treat AF. In this procedure, the surgeon makes small cuts or burns in the atria. These cuts or burns prevent the spread of disorganized electrical signals.

A catheter ablation may also be done by an electrophysiologist to restore a normal heart rhythm if medicines or electrocardioversion don’t work, the NHLBI says.

A wire is inserted through a vein in the leg or arm and threaded to the heart, and radio wave energy is sent through the wire to destroy abnormal tissue that may be disrupting the normal flow of electrical signals. This procedure, however, is still on clinical trial, the NHLBI cautions.

Can Atrial fibrillation be prevented?
Like many diseases, A-fib can be prevented. If you want to lower your chances of developing the deadly irregular heartbeat, you can:

AF is more common in people who have:

AF also is more common in people who are having heart attacks or who have just had surgery.

If you already have heart disease or other AF risk factors, work with your doctor to manage your condition. In addition to adopting the healthy habits above, which can help control heart disease, your doctor may advise you to: