Bad Negative Effects of Too Much Texting + Social Networking. Here’s an important note for all parents out there: You should add a new set of rules that govern your kids’ texting and social networking activities.

A study from Case Western Reserve University suggests that high school children who spend most of their time sending text messages or surfing social networking sites may be at risk for several worrisome behaviors.

Among the participants, one-fifth sent at least 120 text messages a day while one-tenth surfed social networking sites for three hours or more. Four percent did both. 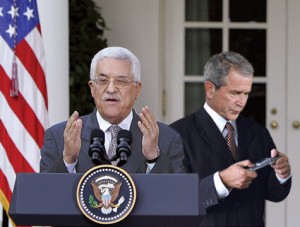 Study results showed that the four percent who spent their time texting and social networking have twice the risk of non-users for fighting, smoking, binge drinking, becoming cyber victims, thinking about suicide, missing school and dozing off in class.

The study also states that girls, members of minorities and teenagers from low-income backgrounds or female-headed households were at greater risk.

It must be pointed out that texting and social networking did not necessarily cause the other problematic behaviors.

However, lead researcher Dr. Scott Frank told New York Times that too much texting and social networking should serve as red flags to parents:

“This is a red flag for parents — a red flag for their parenting because they need to be monitoring and taking charge of the choices their kids are making. We want parents to set more restrictive rules for their kids regarding texting and networking, just as they would set rules about whether their child can go out on a school night and socialize for three hours.”

He adds: “If they’re working that hard to fit in through their social networks, they’re also trying to fit in through other behaviors they perceive as popular, like smoking cigarettes or drinking alcohol, having sex and getting involved in higher-risk adolescent behaviors.”

The study found that the most avid texters and social networkers tend to have permissive parents.

Want to read our other posts on health technology (or how tech stuff affects your health)? Check our blog entry on hot laptops and scrotal hypothermia.