Stem Cell Treatment for Muscle Injuries? Can stem cell therapy cure muscle injuries? A recent experiment involving mice suggests that it can. However, whether the same positive results seen in experimental mice can be replicated among human patients remains a question.

When stem cells were injected into mice with muscle injuries, the muscles were not only restored but also grew twice as large. This finding, by researchers from the University of Colorado, may help the medical community find new treatments to muscle diseases such as muscular dystrophy. It might also pave a way for people to resist muscle erosion due to aging.

The study, reported in the journal Science Translational Medicine, found that the injured muscles of young mice which were injected with stem cells from young donor mice increased in size by 170 percent. Additionally, the new muscles lasted during the mice’s lifetime – about two years. 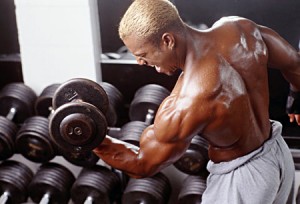 Bradley Olwin of University of Colorado, co-author of the study, was excited about the result. He told Reuters:

Want more stories about stem cell therapy? Check out our post on Stem Cell Therapy For Back Pain.