Are China’s Pet Food – Jerky Treats – Safe For Your Dogs? Involved in a massive recall in 2007, when over 8,500 pets in the United States reportedly died from eating them, chicken jerky treats from China have again been under fire in the past few months since November.

The tainted pet food is again implicated in a growing number of dog deaths — and this time, the United States Food and Drug Administration stands accused of foot-dragging on the issue.

Since 2007, the FDA has issued three advisories on the chicken jerky, warning pet owners to be cautious about giving the pet food to their dogs. It issued the first cautionary warning on the chicken jerky products in September 2007, and a new Preliminary Animal Health Notification in December of 2008.

The number of complaints the agency received slumped in late 2009 and for most of 2010. But in November 2011, reports began to resurface and the FDA has since received about 537 complaints about chicken jerky treats — 467 reports late last year and an alarming 184 cases for the first two months of 2012.

In a webpage updated last March 9, the FDA reports receiving a rising number of complaints about dog getting sick — and some dying — after eating dried chicken jerky products imported from China. The chicken jerky isn’t only sold as treats, but as tenders or strips as well.

In its advisory on its website, the FDA lists the signs associated with chicken jerky products as: decreased appetite, decreased activity, vomiting, diarrhea sometimes with blood, increased thirst and/or increased urination. “These signs may occur within hours to days of feeding the products,” the agency warns.

Lab tests may indicate kidney problems that fall under a new disease called Fanconi-like syndrome, the FDA says, adding, “Although many dogs appear to recover, many reports to the FDA involved dogs that have died.”

Normally, Fanconi syndrome is an inherited kidney disease common in a few North American dog breeds like the Basenji breed. But the new, “acquired Fanconi-like syndrome” that’s been reportedly linked to China-made dried chicken jerky products “is a strange kidney disorder where glucose is found in the dog’s urine even though the dog is not diabetic,” a WebMD article explains.

The health site says, “An unknown component of the chicken jerky treats seems to be damaging the kidneys, causing them to leak not only glucose, but amino acids, protein and electrolytes as well.”

The federal regulator says it continues to investigate the issue and its origin, adding that “some of the illnesses reported may be the result of causes other than eating chicken jerky.”

FDA tests, but no definitive results
The agency also assured consumers that it has been testing the products for other chemicals and poisonous compounds. Here’s what federal agents have been looking for:

Samples of dried chicken jerky have also screened for other poisonous compounds, the FDA said. These have also been submitted for nutritional composition to test for glycerol concentrations, excess vitamin D excess and for an enterotoxin analysis.

A DNA verification was also conducted on these samples to confirm the presence of poultry in the treats, the agency said.

“Some samples from recent cases (2011-2012) have been submitted for multiple tests and we are awaiting results,” the FDA said, adding that, “more samples are in the process of being collected for testing.”

Despite all these tests, the source of the dog illnesses and deaths has yet to be discovered.

Tamara Ward, FDA spokeswoman says that so far, FDA officials have found no evidence of harmful levels of melamine or other substances in the chicken jerky treats. 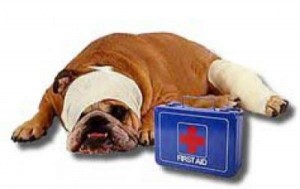 FDA accused of foot-dragging
A growing number of American pet owners are accusing the FDA of ignoring the lethal substance that is most possibly the agent responsible for the rash of pet illnesses and deaths, an article on pet advocate site, Pet Pardon’s News, claims.

According to animal advocate Ariel Wulff, author of the accusatory article on Pet Pardon’s, a document detailing the history of FDA tests on chicken jerky treats since 2007, was leaked to her by a confidential source in the US Congress. Confirmed as valid by the FDA, it shows that tests for the following were undertaken:
• known toxins such as vitamin D toxicity
• melamine
• diethylene glycol or antifreeze
• various molds and mycotoxins or toxic substances formed by certain molds that grow on plant materials which are known to be toxic to the kidneys
• microbiological contaminants
• salmonella
• formaldehyde

“Many of the FDA tests have looked for toxicants that don’t actually cause the symptoms that pets are exhibiting,” Wulff says.

“Salmonella and molds don’t cause kidney failure or acquired Fanconi Syndrome, yet the FDA has tested for these two possibilities at least 84 times while ignoring other potentially life-saving tests,” Wulff claims.

She then goes on to say that, “Heavy metals are one of the primary causes of acute renal failure, but heavy metal tests hadn’t been performed until this year.” Worse, the leaked document states that the results of those tests are still pending, she reveals.

“The fact that so many samples are being tested for DNA analysis suggests that the FDA is questioning that the chicken treats are, in fact, made of chicken,” Wulff noted.

Wulff has worked on animal rescue for more than 24 years and is the author of the book, Born Without a Tail, a memoir of her experiences with rescued animals. She also writes a column in the Cleveland Pets Examiner, and is the National Animal Books Examiner.

According to her, it was only after several government officials pressured the FDA, that it agreed to inspect four Chinese facilities along the dried chicken jerky supply chain and to expedite the testing.

What’s worse, China-made chicken jerky treats are still available in stores, and pet owners may not be aware of the risks, since these retailers don’t post the FDA warning about the products, she says.

The Facebook group called Animal Parents Against Pet Treats Made in China is organizing a protest of stores still selling the treats for April 1, 2012, she also revealed. A quick check by PANGCO’S SITE shows that the group has over 2,678 members (as of March 12) – a likely indication that a growing number of pets are being affected by the treats that still line store shelves.

FDA’s hands are tied
But in its advisory, the FDA says explicitly that it’s testing of chicken jerky product samples in 2007 didn’t show toxic levels of metals. The March 2012, toxic metal analysis also included tests for heavy metals, the agency says– and this showed up negative for toxic metals.

With so many deaths associated with a popular pet treat, one might ask, why not just block importation or remove these products from shelves?

The answer? Federal regulations now in place don’t allow for products to be blocked or removed based on complaints alone.

Put simply, until a definitive cause of the illnesses is found, the FDA’s hands are tied.

What to do to protect your dog
The FDA thus advises consumers to be careful about feeding their dogs with chicken jerky products.

If they still choose to do so, they should watch their dogs closely for any or all of the following symptoms of Fanconi-like syndrome that may occur within hours to days of feeding — decreased appetite, decreased activity, vomiting, diarrhea sometimes with blood, increased water consumption and increased urination.

If your dog shows any of these signs, stop feeding the chicken jerky product. If symptoms persist or worsen after 24 hours, pet owners should consult with a veterinarian.

A vet will do blood tests to find out if there are signs of kidney failure — increased urea nitrogen and creatinine, as well as a urine tests for increased glucose to determine if your dog has Fanconi-like syndrome.

“This is a preventable form of kidney disease–simply avoid feeding your dog chicken jerky treats manufactured in China,” WedMD it says.

The FDA also encourages veterinarians and consumers alike to report cases of animal illness associated with pet foods to the FDA Consumer Complaint Coordinator in their state, or electronically through the Safety Reporting Portal.

For more information on how to report a pet food complaint, visit: http://www.fda.gov/petfoodcomplaints.