Dog Arthritis Treatment: Stem Cell Therapy? Does your precious dog suffer from arthritis? Take heart – you are not alone and you are not without help. At least eight million dogs in the United States suffer from this degenerative condition and a company called MediVet America is promoting a technique using stem cells to bring new life to the old joints of aging dogs.

For $2,000, veterinarians will put your dog under a procedure that grafts its own stem cells to its joints, easing your pet’s pain and slowing the arthritis.

While there’s still no scientific proof that the treatment helps in the long-term, many pet owners, in Florida at least, have undergone the procedure.

Stem cell therapy has gained a bad name mainly because of the ethical questions raised by using embryonic stem cells, but most medical therapies today really make use of the stem cells that are found in adults. As for dog therapies, the stem cells used are those of dogs. 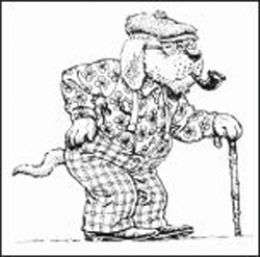 Stem cells are the building blocks of the body that can divide into specialized cells that do the distinct jobs of the tissues, cartilage, bone and muscle.

Around the world, scientist are researching stem cells treatments for human ailments such as spinal injuries, heart problems and autoimmune diseases.

So far, two American veterinary clinics — MediVet and another company called Vet-Stem — have taken put the developing science into practice.

At MediVet, the procedure involves putting a dog under anesthesia, then extracting a tablespoon of fat from its belly.

While scientists are both optimistic and cautious, many pet owners have expressed only joy over the procedure.

“It was like watching a miracle,” dog owner Lila Najar told the Tampa, Florida publication, St. Petersburg Times in an interview.

The vet at their Orlando, Florida clinic suggested the alternative stem cell procedure. “Of course, I said yes,” said Najar. “This was five months ago. And she’s still walking.”

Another seven-year-old dog Hummer, who suffered from hip dysplasia, would play for a few minutes, then need to rest for two or three hours. After the therapy at a Panama City Beach clinic, he can go for hours.

“He’s running around today like he did when he was 2 or 3,” owner Dustin Stokesbary said. “Unbelievable results … The one thing we don’t know is how long it will last.”

Successes like these suggest exciting possibilities for veterinary stem cell therapy. For one, it could be possible to take stem cells from younger dogs and inject them into older ones. Or stem cells could be stored up in a bank for use in a dog’s senior years—a technology already being offered by MediVet.

Scientists studying stem cell technology are also paying attention to MediVet. Saying that while it’s great that dog owners are getting good results from a therapy widely considered safe, they caution that science is still unclear about what the implanted dog stem cells are actually doing.

Experts think that the success of stem cell therapy in dogs with arthritis could be due to the anti-inflammatory effects of stem cells, now being studied. It could be that cartilage is growing, though cartilage doesn’t grow as fast as the results owners are seeing. It could be a combination involving something still unknown, yet to be discovered in a laboratory.

Clear answers will only emerge after controlled clinical trials, prolonged studies, and peer-reviewed work, scientists caution. Meanwhile, injections of stem cells for arthritis in people has not yet been approved by the Food and Drug Administration.