Animal to Human Disease Transmission: Can Sick Pets Infect You? Our health question of the day goes: Can pet owners catch diseases from their pets? The probability that you will be infected by your pet is pretty small but the answer is a big fat “Yes!”.

Bruno Chomel, professor of zoonoses at University of California Davis, says that animal-to-human disease transmission is extremely rare but the risk is there particularly for kids and those with a compromised immune system. Says Professor Chomel: “It can happen. It’s rare when it happens and it can be bad. It’s not told to panic people or scare people, but to be aware there are things that can happen.”

In an article Zoonoses in the Bedroom published in the February 2011 issue of the Centers for Disease Control journal Emerging Infectious Diseases, Professor Chomel and co-author Ben Sun identified 250 zoonotic diseases or infections which can be transmitted from animals to humans. Of said diseases, more than 100 can be transmitted by domestic pets. 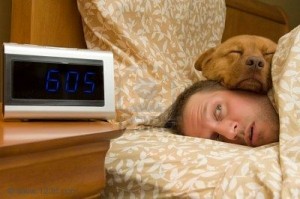 Some instances, recorded by Chomel and Sun, where pets passed on their diseases to their owners:

Will the above incidents make you think twice before you kiss or sleep with your dogs?

For more pet-related blog posts, check out the earlier post on stem cell treatment for pet dogs as well as the cost of animal stem cell therapy.