Eating food rich in Vitamin B12 – such as eggs, fish, poultry and other meat products – may protect you from Alzheimer’s disease according to a Finnish study released recently. However, the study is preliminary and is “too small” to be conclusive. More research is needed to establish the link between Vitamin B12 and a lower risk for Alzheimers.

Lead researcher Dr. Babak Hooshmand, of the Aging Research Center at the Karolinska Institute in Stockholm, says of their findings: “Previous studies have reported that vitamin B12 deficiency is a common condition in the elderly. Our results indicate that vitamin B12 and related metabolites may have a role in Alzheimer’s disease, but more research is needed before we can get conclusions on the role of vitamin B12 supplements on neurodegenerative diseases such as Alzheimer’s disease.” 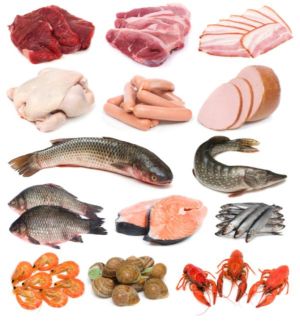 The results remained constant after the researchers compensated for other factors, such as age, sex, education, smoking, blood pressure and weight.

Reacting to the findings, Alzheimer’s expert Greg M. Cole of the University of California says that the study is “too small to conclude that it adds a lot to the association of Alzheimer’s disease and dementia with high blood homocysteine”.

For his part, Alzheimer’s Association Chief Medical and Scientific Officer William Theis states that similar results have been found in the past.