Is it true that taking fish oil supplement during your pregnancy will make your baby smarter? According to a recent research published in The Journal of the American Medical Association, the answer is most probably “No”.

… a large study published Tuesday in The Journal of the American Medical Association suggests that the DHA supplements taken by pregnant women show no clear cognitive benefit to their babies.

Some previous studies have suggested that DHA, an omega-3 fatty acid in fish oil, can aid in a baby’s brain development if taken during pregnancy. But many of those studies were small or observed women already taking fish oil, who might be more health-conscious. The new study, with more than 2,000 participants, was a clinical trial in which women received either fish oil with DHA (docosahexaenoic acid) or a placebo (vegetable oil).

In their study, the researchers assessed the cognitive performance of babies at 18 months and found no difference whether the mother received DHA supplement or placebo in the form of vegetable oil. 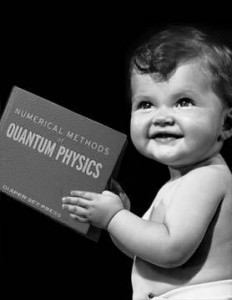 Lead researcher Dr. Maria Makrides from the University of Adelaide in Australia states that this suggests that full-term babies already get enough DHA in the womb. However, just because fish oil supplements has not been shown to improve the cognitive performance of babies does not mean that such supplements offer no benefit when these kids grow older.

In fact, Dr. Jatinder Bhatia, head of the nutrition committee of the American Academy of Pediatrics states that he would continue recommending DHA unless further studies showed no benefit as children got older. “I’m not convinced at this time that we should reverse course,” he was quoted by the New York Times as saying.

The researchers are planning to further assess the babies when they reach four to seven years old.