Stem Cell Therapy in Australia: Developments and Updates. This is Health Care Zone’s attempt to monitor the developments of stem cell research and treatments (if any) in the Land Down Under. We’ll report on scammy practitioners and clinics (if any), academic studies whether they’re promising or blah, stem cell trials and experiments by drug companies (if any), and what Australian health authorities are saying about the exciting world of stem cells and what they’re doing about the challenges this brave new world poses.

We’ll keep you posted. And come back for updates on stem cell therapy in Australia. 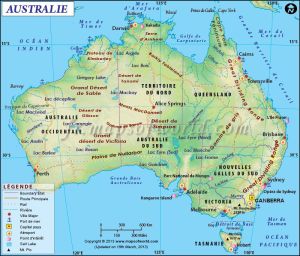 Cord Blood Bank in Sydney (posted 28 July 2010): Our stem-cell related quote of the day goes to Peter Littlewood, chief executive officer of the Australian Stem Cell HealthCare: “Parents see storage as an insurance policy for the future. As science develops we would expect it would have more uses in the future. It is an area with huge potential.”

The hope that blood from umbilical cords will be useful in fighting diseases in the future has given rise to private cord blood banks where parents can store their babies’ umbilical cord blood.

According to the Sydney Morning Herald about 15,000 people have chosen to store their babies’ cord blood. How much does the storage cost? It could be as high as Australia $4000.

Melbourne Stem Cell Treatment Center (published 08 August 2010): In the future, Melbourne will be an international center of stem cell therapy if, and this is a big if, the research centers in the city such as the Bernard O’Brien Institute of Microsurgery, Monash University, and Monash Medical Centre will succeed in their current stem cell-related endeavors.

According to an intriguing report by the Herald Sun, Melbourne’s research institutions are “bringing tailor-made body parts closer to reality. Made-to-order bones, heart tissue and breasts, as well as restoration of fetal kidneys and lungs, are all being touted by research centres as real possibilities.”

The Herald cites the Bernard O’Brien Institute of Micro-surgery as one of the key players in Melbourne’s bid to become a center for stem cell therapy. The Institute reportedly uses a new type of stem cell – Induced Pluripotent stem cells – to grow bone and cartilage in specific lengths and widths. It is also “looking at repairing dead heart tissue, to be implanted after a cardiac arrest, and growing a pancreas for diabetics”.

Says Institute Director Prof Wayne Morrison of their stem-cell related research: “This is the next frontier in reconstructive surgery, trying to get the body to – as much as it can – regenerate itself after injury or deformity. Stem cells have the capacity to completely renew themselves and grow specific tissue. They offer an alternative that wasn’t dreamed of before.”

Yes, indeedy! Stem cell treatment is the way of the future. It will be interesting to see if these dreams of Melbournians (Melbournites, what the heck do you call Melbourne residents?) to turn the city into an international stem cell therapy center will become a reality.

What do you think of this stem cell therapy in Australia latest development?

According to the Sydney Morning Herald, this finding “has the potential to cut the number of painful bone-marrow harvests needed for transplantation and to drastically increase the number of people able to use rare donations of blood taken from umbilical cords”.

This could also be the solution for the painful bone-marrow harvests needed for stem cell transplantation. Professor Rasko says his team is now seeking to trial this new technique on humans. He estimates it will take 10 years before cancer patients could actually use it.

This new technique may also lead to cell transfusion being used to treat many severe genetic disorders.

Stem Cell Therapy in Australia: Did Aussies Develop a Diabetes Cure? (27 August 2010): Patients suffering from diabetes might be interested to read about a stem cell cure for the disease reportedly developed by Australian scientists connected with the Monash Institute of Medical Research (MIMR) and the Sydney Cell Therapy Foundation. The research was backed by government agencies, particularly the Victorian and NSW Stem Cell Research Grant Program. The grant program was established to help develop new stem cell technologies to treat diseases like Parkinson’s, Alzheimer’s, cancer, heart disease, spinal cord injury and diabetes

According to a press release from the Premier of Victoria, the stem cell line “was generated through induced pluripotent stem (iPS) cell technology using skin cells from Type I diabetes patients without the use of embryos, eggs or cloning”.

Says Innovation Minister Gavin Jennings about the health breakthrough: “Diabetes is the fastest growing chronic disease in Australia affecting 1.5 million Australians and the nation’s sixth leading cause of death which is why the Brumby Labor Government is committed to improving the quality of life of those who suffer from the illness.”

He adds: “Australia’s first iPS cell line is another example of how our world-leading stem cell researchers have the skills and expertise to take up novel stem cell technology that has global implications. Thanks to this breakthrough, Australian researchers and companies are now able to study the development of the disease in petri dishes, outside of the patients.”