Semen Allergy: Do You Have Post Orgasmic Illness Syndrome or POIS? Let’s add this to our file of weird health conditions. Did you know that some men can be allergic to their own semen? Strange, no? But some researchers from the Netherlands have recently confirmed that some unfortunate men out there really suffer from this condition.

They even have a cute name for it: POIS or post orgasmic illness syndrome.

The Daily Mail reports: “The condition, known as post orgasmic illness syndrome, causes feverishness, runny nose, extreme fatigue and burning eyes. The symptoms appear minutes after climax and last for up to a week.”

Semen Allergy Treatment: Hyposensitisation Therapy. Fortunately, all is not lost for those who have POIS because it can, apparently, be treated through hyposensitisation therapy which is a technique for treating allergies.

By the way, if you are wondering about the researcher who kinda identified and gave a name to this allergy, his name is Professor Marcel Waldinger from Utrecht University in the Netherlands.

He and his team analyzed 45 Dutch men who were diagnosed with semen allergy. 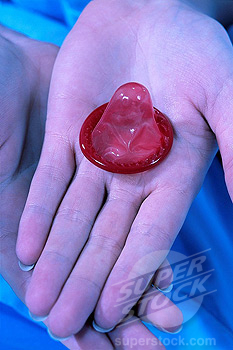 Here’s what Waldinger says of their POIS study subjects: “They didn’t feel ill when they masturbated without ejaculating, but as soon as the semen came from the testes… after that they became ill, sometimes within just a few minutes”.

A second study treated the volunteer subjects with hyposensitisation therapy which “repeatedly exposes the body to small but gradually increasing amounts of the allergen over several years”.

According to the Waldinger’s research, which was published on the Journal of Sexual medicine, the men who underwent hyposensitisation “showed a significantly reduction in their POIS symptoms after one and three years”.

So all is not lost for the unfortunate souls who have semen allergy.

QUESTION OF THE DAY: Do you think this illness can be minimized if a guy uses a condom?

Or does the very act of releasing semen, even if the sufferer doesn’t come into contact with it, makes the guy suffer? Just wondering!

For more male-related health issues, you might want to read our posts on painkiller as a possible cause of cryptorchodism (the absence of one testis), the link between Omega 3 and healthy sperm cells, and whether stent can treat impotence.

Semen Allergy: Do You Have Post Orgasmic Illness Syndrome or POIS? Posted 19 January 2011.