ROCA Test Effective or Accurate? Can you rely on the Abcodia ROCA (Risk of Ovarian Cancer Algorithm) Test if you want to find out if you have ovarian cancer? Is it accurate? Can it really detect the early stages of ovarian cancer?

Well, if you ask the U.S. Food and Drug Admnistration (FDA), the ROCA Test is not accurate or reliable.

And, in a recent safety notice to women and physicians, the agency warned “that there is currently no safe and effective ovarian cancer screening test”.

This, of course, does not mean that there won’t be any accurate or effective screening tests in the FUTURE. 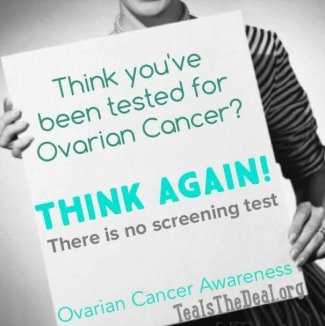 But as things stand now, the FDA is not recommending the use of ovarian cancer screening tests — such as the ROCA Test — to detect the disease.

For example, recently, Abcodia Incorporated began marketing the Risk of Ovarian Cancer Algorithm (ROCA) test in the United States, with claims that the ROCA test can screen for and detect ovarian cancer before symptoms appear and increase the chance for survival. Yet, available data do not support its claims.

In closing, here’s what the FDA recommends to women who are considering the idea of doing the ROCA Test: