Celebrity Ovarian Cancer Surgery Prevention. Aside from our favorite actress Angelina Jolie, here are other famous people who had their ovaries surgically removed as a measure to prevent cancer. Here’s what the celebrities are saying about why they elected to undergo oophorectomy or the surgical procedure to remove the ovaries:

1. Barbara Walters (via hollywoodlife.com): “My sister passed away from ovarian cancer and I had my ovaries removed. It’s not like having the breasts because people don’t see it. But it’s a decision you have to make — it’s preventative. What I think with Angelina Jolie — she’s such a sex symbol and we associate sex with breasts. And the fact that she did this and has retained her beauty and her sexuality. I think it was brave of her, she did it for her own health, but it was so brave to write about it. A women’s sexuality is not tied up with her breasts. 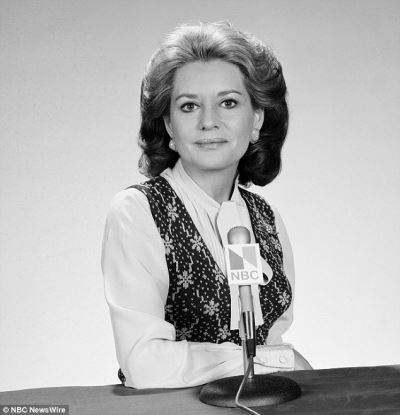 After having a double mastectomy and breast reconstruction surgery, Michelle has now undergone the full hysterectomy to minimise her chances of getting cancer further.

And here’s what Michelle says about her experience (via The Daily Mirror): “I’m in a lot of pain and I can’t hold my children, but I don’t have time to feel sorry for myself. I realise what I’ve done is for my husband and my children so that they’re never wifeless and motherless.

“The big thing was getting my head around the fact I couldn’t have more children. When you come around and you’ve dealt with the fact you can’t have any more children, you’re not crying over that any more because I’m not one for regrets. Now it’s the realisation that more recovery is needed than I thought.”

3. Kara DioGuardi also has the BRCA2 gene like Angelina Jolie and Michelle Heaton. She also decided to have her ovaries removed as a preventative measure against cancer. Here’s what she says about her case and why she elected to undergo surgery (via People Magazine):

“I have absolutely no regrets because now I feel empowered in my body. I feel like I took back some of the fear, took back control of my life and hopefully enabled my child not to have to go through watching his mother in a chair hooked up to chemotherapy. I think that when it comes to your health, you have to look at it like, “Not only does this affect me, it affects everyone around me — my kid, my husband, my friends.” And if there’s a way to possibility reduce it, it’s kind of a no-brainer.

I felt it was my obligation to do something about it, kind of to honor my mother in that way. What would a mother want for her daughter? To take the test and take it seriously. And live — live the life she couldn’t live.

My brother asked me, “Does removing your uterus and ovaries make you feel weird about being a woman?” And it did make me sad — the finality of knowing I’d never be able to feel a life inside of me. But I came to terms with it by looking at all the things I did have, and being thankful for those. Listen, everybody in life has things that don’t work out for them. But look at all of the wonderful things that did work out for me — I concentrate on that.

4. Kelly Osbourne has not undergone oophorectomy but has openly stated that she plans to undergo surgery in the future because of her BRCA gene. Here’s what she says about her experience as a child of a cancer survivor, her plans to combat the disease, and Angelina Jolie’s decision (via People Magazine):

I actually do have the cancer gene. My mom made all of us get tested after she found out that she had it and got her double mastectomy.

I have been the child of a cancer survivor, so being on that end as well is really, really hard to deal with, so I’m so lucky to have the brave mother I have that has taught me so much. It’s something I applaud Angelina for because she’s bringing attention to this, and people are now going to go out and get tested for it.

That’s it for now. Are you surprised by the names in this list? We are most surprised by Barbara Walters because this is the first time we became aware of it.