The study, conducted at the University of Birmingham, found that a small dose of Prozac can stop the changes in the body that cause PMS.

According to lead researcher Dr. Thelma Lovick, PMS occurs when the level of allopregnanolone (ALLO) drops during the pre-menstrual period.

ALLO is a steroid which soothes the brain and calms the emotion.

The sharp drops in a woman’s ALLO levels bring up the symptoms of PMS such as anxiety, irritability and aggression, researchers said. 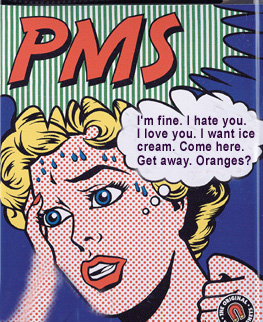 “We knew that the widely used anti-anxiety drug fluoxetine (Prozac) could raise levels of ALLO when taken for short periods. This effect happened quickly and occurred in response to a very low dose of fluoxetine. We thought that if dosing with fluoxetine was carefully timed to boost brain ALLO levels just when they were due to fall sharply at the end of the cycle, the normal trigger for the development of premenstrual syndrome would be absent.”

On the other hand, Royal College of Psychiatrists Tim Kendall warned that self-medicating with Prozac can cause sexual dysfunction, libido reduction and even impotence.

Because Prozac is still considered an anti-depressant drug, it is still recommended to consult a doctor before taking one.

Update on Prozac PMS Treatment: Apparently, the Food and Drug Administration has approved Prozac to treat premenstrual dysphoric disorder (PMDD) which is a severe form of premenstrual syndrome.

More from webmd.com: “Prozac is now also the first and only FDA-approved treatment for PMDD. But to help distinguish PMDD from mood disorders, Prozac will be sold under the trade name Sarafem for this use, says Laura Miller, a spokeswoman for Eli Lilly, which makes the drug.”