A Layton chiropractor who allegedly offered extreme weight loss programs to senior citizens that did not require exercise or dieting, but did require up to $10,000 in fees, now faces multiple fraud charges.

Here’s the media release from the Utah Department of Commerce about the cases filed against Kunzler:

Francine A. Giani, Executive Director of the Utah Department of Commerce and Mark B. Steinagel, Director of the Utah Division of Occupational and Professional Licensing announced that Troy Rawlings, Davis County Attorney, has filed 11 second and third degree felony criminal charges for communications fraud, forgery and exploitation of a vulnerable adult against Michael Paul Kunzler, a licensed Utah chiropractor.

The charges stem from an investigation into Kunzler and his “Rebalance Weight Loss” clinic in Layton conducted by the Utah Division of Occupational and Professional Licensing (DOPL).

Dr. Kunzler was issued a Summons on March 13, 2015 and is required to report to jail for photos and fingerprints prior to his initial court appearance on April 27, 2015.

“Based on the facts of our investigation, it is disturbing that Michael Kunzler used his position as a medical professional to defraud vulnerable senior adults, “said Mark B. Steinagel.

The Utah Division of Occupational and Professional Licensing filed a Notice of Agency Action against Michael P. Kunzler on April 16, 2015 to petition for his license revocation or other disciplinary action for violating state laws associated with his chiropractic physician license.

Kunzler and his attorney have 30-days to respond before a default order is entered against his license.

“The Department of Commerce is grateful to Troy Rawlings and his team at the Davis County Attorney’s Office for their assistance in prosecuting this case,” stated Francine A. Giani.

According to charging documents, DOPL investigators found that between July 2, 2013 and January 13, 2015 Kunzler was marketing extreme weight loss programs through deceptive advertisements and signing up Utah consumers.

According to the court filing, several senior citizen patients enticed to pay Kunzler between $3,500 and $10,000 to enter his weight loss program which he claimed “did not require exercise or diet”.

Among Kunzler’s assertions were that; he had an Ultra Slim weight loss machine that was the number one body contouring machine in the world, he was the only person licensed in Utah to use the machine, he was the only person West of the Mississippi to own the machine, and he had finished 300 hours of training around the world in weight loss techniques. Upon charging client credit cards, Kunzler would give patients a 500-calorie a day diet and say no exercise was required. When patients complained and asked for a refund, Kunzler refused to give back their money.

Investigators discovered Kunzler had created fake certificates to reflect his international training and that many of his weight loss patients had chronic illnesses or physical handicaps that were not addressed in his patient diagnosis.

DOPL investigators would like to hear from any additional consumers who had similar experiences with Dr. Kunzler. The public may file a complaint with the Utah Division of Occupational and Professional Licensing at dopl.utah.gov or may contact the Division at (801) 530-6630.

To verify the license of a professional or check on whether a licensee has faced disciplinary action, consumer may log on; www.dopl.utah.gov for more information.

More Details. The Salt Lake Tribune has more details on the allegations against Kunzler/Rebalance:

And here’s another charge (via ksl.com):

Two of his victims were 79 years old, the charges state. One of his patients reported having cancer and another diabetes when they had their initial consultation with Kunzler, but both “were offered virtually identical programs (in spite of their different health issues) and told that the program entailed a 400-calorie-per-day diet, a diet that they are unable to follow due to their disclosed health issues,” according to the Utah Division of Occupational and Professional Licensing’s report.

When the couple asked for a refund, Kunzler refused, the report states.

Kunzler Insists Rebalance is Legit. On the other hand, Kunzler and his attorney are insisting that Rebalance Weight Loss is legit and that the allegations being hurled against him are without merit. 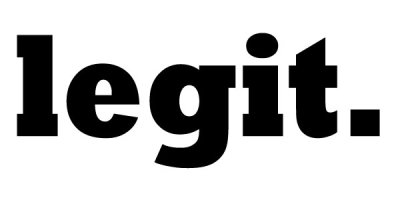 Says Kunzler’s lawyer Atty. Mark Moffat, “Dr. Kunzler adamantly denies that there was any artifice to defraud associated with the operation of his chiropractic practice. We think that when this case is fully vetted, it will demonstrate that Dr. Kunzler did nothing illegal.”