Jim Humble MMS: Scam or Today’s Miracle Mineral Solution to Good Health. Are the bottled “health” drinks you are drinking safe? Or are you paying more for supposedly “healthy” stuff which is actually going to make you unhealthy?

The Daily Mail has a news report about Miracle Mineral Solution, a product which is marketed as a “health drink” but which actually contains sodium chlorite, a chemical used in bleaching products.

This “mineral solution” is reportedly being sold on the internet by a guy named Jim Humble. The makers of this product boast that the solution can cure a range of illnesses including Hepatitis, cancer, Crohns disease, the flu, herpes, malaria, and TB. However, people who took in this “solution” had bouts of nausea and diarrhea. 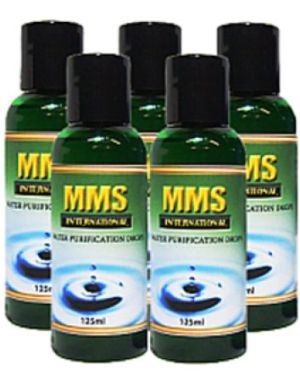 According to the Daily Mail, the Food Standards Agency or FSA is warning people to not buy Jim Humble’s MMS. If they did buy them, they should throw them in the garbage bin because they could do you harm health-wise.

Here’s what the FSA spokesperson is saying about the matter (via Daily Mail): “If you look at a bottle of Domestos that’s just 4.5 per cent sodium chlorite. The simple fact is not how this solution is taken but that you just shouldn’t be drinking bleach full stop. We were alerted to the solution after a local authority received a complaint from somebody who had drank it. Sodium Chlorite is bleach. Bleach is not on the approved list of foods and it shouldn’t be sold as a food supplement.”

More from the Daily Mail:

Miracle Mineral Solution is sold over the internet by a man who gives his name as ‘Jim Humble’. A bottle of the liquid costs £21.98 in American dollars and users must mix it with citric acid.

Makers of the liquid claim that the solution can cure a range of illnesses including Hepatitis, cancer, Crohns disease, the flu herpes and TB.

But side-effects include severe nausea, vomiting and diarrhoea, dehydration and reduced blood pressure. If the solution is taken in large enough doses the sodium chlorite could be fatal. It is the equivalent of drinking industrial strength bleach.

In conclusion, let’s have another quote from the FSA spokesperson: “If you have any of this product you should throw it away. If you have consumed MMS and feel unwell you should consult your doctor. If the solution is diluted less than instructed, it could cause damage to the gut and red blood cells, potentially resulting in respiratory failure. If you are aware of MMS being sold in retail outlets, you should contact your local authority trading standards department.”

So there you have it, HealthWatchers. You have the answer on whether the Jim Humble MMS product is good as claimed. Or whether it is a scam or not.