It’s been 10 years since ‘Baywatch’ star Pamela Anderson — famous for her stunning body and for being a favorite Playmate in the 1990s first disclosed that she has hepatitis C — contracted from sharing a tattoo needle with her ex-husband, rock star Tommy Lee.

A lot of nasty things and snide comments have been said since about the Canadian-American Hollywood actress, but the fact is, her life since her tragic disclosure is proof that people can still live a full life, even with this serious liver disease.

What is hepatitis C?
Caused by a virus that infects the liver, Hepatitis C can lead to permanent liver damage as well as cirrhosis, liver cancer — and eventually, liver failure.

A very small number of people who have symptoms during the first five to 12 weeks get nausea, vomiting, diarrhea, loss of appetite, fatigue, pain over the liver, jaundice and dark-colored urine. But mostly, while the disease silently does damages to their livers, 80 percent of people with Hepatitis C don’t have symptoms — and those who do, don’t show these until about 10 to 20 years after they’re infected.

The virus is deceptive: while symptoms are mild and vague and usually come and go, by the time they are noticeable, the damage may be very serious. Even if you do notice the symptoms and go to a doctor, these may be put down to the flu. As the symptoms will likely to go away in a few weeks, you may not know you have hepatitis C for very a long time.

How this happens
Anyone infected with hepatitis C enters an early, shorter-term stage of the disease called the acute stage. At this point, some lucky people are able to fight off the virus permanently and never develop more serious liver problems. But up to 85 percent of those infected with the virus will go on to develop long-term or chronic hepatitis C.

Long-term hepatitis C infection often causes tiny scars to form gradually in the liver, making it hard for the liver to work. A chronic infection can last for many years and may never go away. With a chronic infection, you’ll also probably have some liver inflammation — even if you don’t have symptoms. And over a period of 20 years or more, some people who develop chronic hepatitis C will develop more serious liver problems like cirrhosis or liver cancer.

At worst, the infection will become so severe that your liver can no longer function. This is called end-stage liver failure and having a liver transplant may be the only way to extend your life.

How common is hepatitis C?
Pamela was only 34 when she got the disease — and that’s a bit unusual, since it’s really a ‘boomer disease.’ The Centers for Disease Control and Prevention says that of the estimated 3.2 million Americans infected with hepatitis C, two-thirds are baby boomers, born between 1945 and 1964.

That means that one in 33 Americans ‘boomers’ has hepatitis C — although at least half don’t know it because screening is rare.

Worldwide, 3–4 million people are infected with hepatitis C each year. Some 130–170 million people go on to become chronically infected, at risk of developing liver cirrhosis and/or liver cancer, and more than 350, 000 people die from HCV-related liver diseases each year.

Found worldwide, the infection has the highest rates in Egypt (22 percent), Pakistan (4.8 percent) and China (3.2 percent).

How do people get hepatitis C?
The hepatitis C virus is spread by contact with an infected person’s blood. You can get it if you:

• Share needles and other equipment used to inject illegal drugs. In the United States, this is the most common way to get hepatitis C.
• Have had a blood transfusion or organ transplant before 1992. It was only after 1992 that all donated blood and organs were screened for hepatitis C in the U.S.
• Get a shot with a needle that has infected blood on it. This is the more common cause of the infection’s spread in developing countries, where needles may be used more than once for giving shots.
• Get a tattoo or a piercing with a needle that has infected blood on it. This happens when equipment isn’t cleaned properly after use.
• Are born to a mother with hepatitis C — although this is rare. But the risk of passing the virus to a child is greater if the mother is also infected with HIV.
• Are a health care worker accidentally exposed to blood that is infected with hepatitis C.

Hepatitis C isn’t spread through breast milk, food or water or by casual contact such as hugging, kissing and sharing food or drinks with an infected person. It’s not spread by coughing or sneezing.

Are there factors that increase my risk for hepatitis C?
Yes, there are. Here as some risk factors you can actively avoid:

• Sharing needles and other equipment — water, spoons, cotton — used to inject drugs.
• Getting a tattoo, having your ears or another body part pierced, or having acupuncture with needles that haven’t been sterilized properly — but the risk of getting infected in these ways is very low.
• Working in a health care environment where you are exposed to fresh blood or where you may be pricked with a used needle. Again, the risk is very low when standard healthcare precautions are followed.

Here are some risk factors you can’t control:
• Having had a blood transfusion or organ transplant before 1992.
• Having been exposed to unsafe practices for giving shots, such as reusing needles.
• Needing hemodialysis — having your blood filtered by a machine — because your kidneys can’t filter your blood.
• Being born to a mother who has hepatitis C.

How do I know if I have hepatitis C?
When they are first infected with the hepatitis C virus, most people have no symptoms. If you do develop symptoms, they may include:
• Feeling very tired
• Joint pain
• Belly pain
• Itchy skin
• Sore muscles
• Dark urine
• Yellowish eyes and skin or jaundice — which appears only after other symptoms have started to go away

It’s more common, though for people to have hepatitis C for 15 years or longer before it’s diagnosed. People who have developed chronic hepatitis C will also have the symptoms mentioned earlier, including an increased tendency to bleed or bruise. 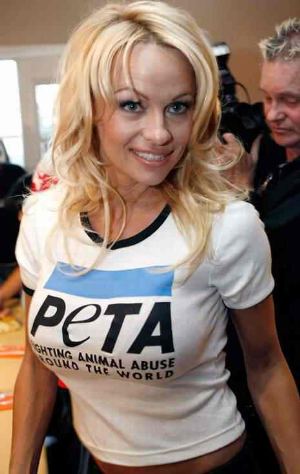 What are the complications of hepatitis C?
Cirrhosis of the liver. Your liver gets damaged very slowly by Hepatitis C. About one-fourth of people who have chronic hepatitis C will go on to develop severe liver damage and scarring or cirrhosis after about 20 years or more. Symptoms of cirrhosis:
• Clusters of blood vessels just below the skin appear on your chest, shoulders and face and look like tiny red spiders.
• Redness on the palms of your hands caused by expanded small blood vessels.
• Swelling of your belly, legs, and feet.
• Muscle shrinkage.
• Bleeding from enlarged veins in your digestive tract, which is called variceal bleeding.
• Confusion, memory and concentration problems from encephalopathy caused by brain and nervous system damage.

Liver Cancer. This develops gradually, with several retrospective-prospective studies showing that patients tend to develop liver cancer about 28 years after being exposed to hepatitis C and about eight to 10 years after the development of cirrhosis. In Japan, about 75 percent of people with liver cancer have the hepatitis C virus.

Cryoglobulinemia. Widely associated with hepatitis C infection, this condition is caused by the presence of abnormal antibodies — cryoglobulins — that come from hepatitis C virus stimulation of the white blood cells. These antibodies can deposit in small blood vessels, causing inflammation of the vessels in tissues in the skin, joints, kidneys and throughout the body.

Symptoms of cryoglobulinemia include: weakness, joint pain or swelling, a raised, purple skin rash usually in the lower portion of the legs, swelling of the legs and feet due to loss of protein in the urine from the kidney involvement, and nerve pain or neuropathy, as well as Raynaud’s phenomenon where fingers and toes change from color white to purple and red and become painful in cold temperatures.

B-cell non-Hodgkin’s lymphoma. This cancer of the lymph tissue is also associated with chronic hepatitis C virus because of excessive stimulation of B-lymphocytes, resulting in the abnormal reproduction of the lymphocytes.

Lichen planus and porphyria cutanea tarda.
The existence of autoimmune antibodies that fight against the body’s own proteins, including anti-nuclear antibody, anti-smooth muscle antibodies and rheumatoid factor. These are found in up to 25% of hepatitis C virus patients.