Like the character he plays in that movie, kickboxer Kurt Sloane, Van Damme knows firsthand how to freefall into the dumps then skyrocket into riches and fame, and then plunge back to hell again.

Extreme highs and lows have been an intimate part of Van Damme’s life — coping with teenage depression using karate, ballet and “rosy dreams,” falling into a downward spiral of cocaine addiction, grossing over US$100 million worldwide in a single film, 1994’s Timecop, being a sex symbol.

In 2009, “The Muscles from Brussels” came out, speaking to the press opening about his struggles with the serious mood disorder.

In the mid-1990s that Van Damme was formally diagnosed with rapid-cycling bipolar disorder and placed on sodium valproate, which he calls “that simple salt.” Confronted with a life rapidly spiraling out of control — a cocaine addiction, a month-long rehab program, divorce papers and charges of spousal abuse, the 52-year old action star came near to suicide. Instead, he reached a turning point.

“You just have to take a little salt, and since I’m doing that it’s, like, BOOM! In one week, I felt it kick in. All the commotion around me, all the water around me, moving left and right around me, became like a lake,” he tells the magazine E! Online.

He speaks of working his way out of teenage depression through physical endeavors, saying he was “compensating for (then undiagnosed) manic-depressive disease with training. When I didn’t train for a couple of days, I felt so low and nothing could make me happy.”

About the turning point in his life, when he faced his cocaine addiction and quit cold turkey, he said, “It became a point where I wanted to die. I didn’t have any reasons to live. Maybe it’s selfish to say that, but I was not excited about anything. Then you have to find back your self-esteem. And then, slowly, every piece of yourself becomes precious again. One day it’s, like, either you pass or you don’t. It’s not the drugs, it’s a problem with yourself, which you have to cure.”

A serious mental illness, bipolar disorder is characterized by dramatic shifts in mood, energy, and activity levels that affect a person’s ability to carry out day-to-day tasks. People who have it experience dramatic mood swings — going from overly energetic “high” and irritable to sad and hopeless, and then back again. The “up” feeling is called mania and can result in heightened levels of creativity or output — as well as erratic or risky behavior. The down feeling is depression. People with bipolar disorder are at high risk of substance abuse and suicide.

U.S. has highest bipolar rate
Almost two million Americans currently suffer from bipolar disorder and the United States has the highest lifetime rate of bipolar disorder at 4.4 percent, according to the 11-nation study in the March 2012 issue of Archives of General Psychiatry. About 2.4 percent of people around the world are bipolar, according to these first comprehensive international figures on the topic compiled by researchers of the U.S. National Institute of Mental Health.

Untreated, bipolar disorder can result in ruined relationships, poor job or school performance — and even suicide. The death rate for untreated bipolar patients is higher than that of most types of heart disease and many types of cancer. Studies of bipolar patients indicate that 25 percent to 50 percent of persons with this illness make at least one suicide attempt — and a fifth of all bipolars are successful about ending their lives.

However, there are effective treatments — and 80-90 percent of people who are “manic-depressive” can be treated effectively with a combination of medicines and “talk therapy.” Early recognition and treatment of bipolar disorder may prevent years of needless suffering and death by suicide.

Most commonly prescribed to treat bipolar disorder are the mood stabilizers lithium carbonate, carbamazepine and valproate.

In the 1990s, a new class of drugs called atypical antipsychotics were developed to treat schizophrenia. Considered a major advancement for this disorder because they had far fewer side effects than the older antipsychotics. 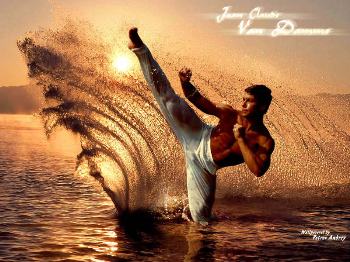 A bit later, research by drug makers showed that these drugs were also effective in stabilizing mood. Published studies — many of them funded by the drugmakers — showed that they helped with both the depressive and manic symptoms of bipolar disorder. These medications were said to relieve agitation, insomnia and mood swings.

These new medicines include aripiprazole (abilify), olanzapine (zyprexa), risperidone (risperdal) and quetiapine (seroquel). First being prescribed off-label by psychiatrists to treat bipolar disorder, all four medications have since been approved by the Food and Drug Administration for this very purpose.

Produced by some of the biggest pharmaceutical companies — Abilify by Bristol-Myers Squibb, Zyprexa by Eli Lilly and Company, Risperdal by Janssen-Cilag and Seroquel by AstraZeneca Global — the antipsychotics have been marketed heavily as effective “mood stabilizers.”

In fact, very recently, a study published in the Archives of General Psychiatry and funded by the NIMH claimed that risperidone is more effective for initial treatment of mania in children diagnosed with bipolar disorder compared to other mood stabilizing medications. The Treatment of Early Age Mania (TEAM) study of 290 children six to 15 years old was led by Dr. Barbara Geller of Washington University in St. Louis.

Less effective than advertised
But while these atypical antipsychotics have been blockbusters for their makers — bringing in US$16 billion in 2010 alone, a new report finds that a number of studies finds the new drug did not perform any better than a sugar pill.

What’s worse, drugmakers didn’t publish these studies — in effect giving psychiatrists only a glowing, one-sided picture of these drugs, says Brian Vastag, science reporter for the Washington Post in an expose on March 20.

To gain FDA approval, the drug companies conducted 24 studies, according to the FDA database. “But four of the studies were never published in professional journals — and all four were unflattering for the drug in question,” Vastag claims.

“Three of the unpublished studies showed that the new drug did not perform better than a sugar pill,” Vastag writes in the Post. “The fourth study showed that while the antipsychotic drug helped patients more than a placebo, older, less expensive drugs helped patients even more.”

Two of the unpublished studies — which tested Abilify and enrolled more than 300 patients — found that the drug wasn’t any more effective than a sugar pill in treating schizophrenia.

Vastag was citing findings of a new analysis done by Dr. Erick Turner, a psychiatrist at Oregon Health & Science University. The new analysis was published March 20 in the journal PLoS Medicine .

The Oregon researcher warned that the information that was left out of professional journals resulting in psychiatrists being given an incomplete picture of how well atypical antipsychotic drugs really work. “I think (psychiatrists) should be aware that what they’re reading in journal articles could be sanitized,” Dr. Turner says.

Then, Dr. Turner added the data from the negative, unpublished studies to the positive, published studies. What did he find? The overall effectivness of this class of drugs in treating shizophrenia fell by a small amount — about eight percent. “Overall, the drugs seem to work almost as well as we thought they did,” Turner concludes.

But what if the negative data had been published — what would that mean? Psychiatrists would have had more complete information to make better decisions, Dr. Turner insists, on whether or not to prescribe these drugs. The atypical antipsychotics do come with a long list of side effects, after all. And doctors weigh the benefits against the harms when prescribing drugs.

The negative studies on Geodon and Abilify, in particular, might have pushed psychiatrists toward the other drugs, he says.

“Instead, the negative studies were buried on the FDA website, where only a specialist with a background in statistics could understand what they meant,” Vastag writes in the Post.

Dr. Turner may have something there, having worked at the FDA earlier in his career, where he says he discovered that he “was living in this highly censored environment” where negative studies never get published.

“There’s a term in academic medicine for this phenomenon: publication bias,” writes Vastag. “Studies that show a new drug in a positive light get published; those that throw a drug into question get buried,” he explains.

Turner has been working to throw light on this phenomenon. In 2008, he found that many unflattering studies of antidepressants had been left unpublished, the Post reports.

“When you have cherry picking of data, weeding out of data, then you can’t discriminate between drugs that are good and drugs that aren’t good at all. You don’t know when to be confident and when to be suspicious,” Dr. Turner concludes.

Rare but serious side effects of atypical antipsychotics
Diabetes Mellitus: atypicals can increase the rates of diabetes, particularly in people who are already at risk. Sometimes diabetes can come on suddenly, causing high glucose levels (hyperglycemia), increased urination, and even coma and death.

Elevations of cholesterol or triglycerides: these can increase the risk of heart disease and stroke.

Tardive dyskinesia: this is a condition of unwanted muscle movements, particularly of the facial muscles, tongue, fingers and toes. It is a rare side effect of older antipsychotic drugs and has been extremely rare with the atypicals.

Cerebrovascular accidents and stroke: elderly patients with dementia may be at slightly increased risk of these when taking atypicals.

Common side effects of atypical antipsychotics:
Weight gain: One half of people who take atypical will gain weight — often so severely. Weight gain is worse with olanzapine (Zyprexa), while aripirazole (Abilify) does not appear to cause weight gain.

Akathisia: a feeling of inner-restlessness, like you have to “keep moving.”

Muscle Dystonia: sudden muscle contractions and rigidity, especially of the head and neck. This is very rare with aripiprazole (Abilify) and quetiapine (Seroquel).

EPS Symptoms: stiffness or slowing of the muscles. These symptoms are very rare with aripiprazole (Abilify) and quetiapine (Seroquel).

Hypotension: lower blood pressure is experienced especially in the beginning of treatment, leading to dizziness, rapid heart rate and a higher risk of falls, especially when standing up

Elevated prolactin hormone: this can cause menstrual irregularities, breast engorgement and breast milk secretion. If you have been diagnosed with breast cancer, high prolactin levels may interfere with recovery. This side effect is worse with risperidone (Risperdal) and occurs very rarely with aripiprazole (Abilify) and quetiapine (Seroquel).

If you experience any of the symptoms of these serious side effects, stop medication and call your doctor: increased urination, extreme weakness, unwanted muscle twitching in your face or elsewhere, fever, confusion, rigid muscles.

Precautions
Since these medicines may cause drowsiness or low blood pressure, Make sure you know how you react to it before you drive, use machines, or do anything else that could be dangerous if you are not alert, well-coordinated, or able to see well.

Children: Atypicals have not been well-studied in children.
Pregnancy: Atypicals are category-C drugs and should be avoided if possible during pregnancy, especially during the first trimester.
Breast-feeding: Atypicals come out in breast milk. Talk to your doctor if you plan to breast-feed while taking it.
Older adults: Atypicals may be removed from the body more slowly in people after age 65, so lower dosages may be needed. Elder adults may also have more difficulty with side effects from these medicines.