Kegel Exercise for Men Benefits: It Cures Your Overactive Bladder. The pelvic floor exercises long known to help women with overactive bladders have also been found to help men plagued by the same problem. What’s more, a new study found that the exercises worked as just well as medications.

“Behavioral treatment is just as effective as drug treatment in males with overactive bladder, and that’s big,” said Dr. Jason M. Hafron, a urologist at the William Beaumont Hospital in Royal Oak, Michigan, who wasn’t involved in the new work.

“It’s safer, cheaper and it’s effective. This study will increase awareness that exercise is an option,” he added.

About one in six Americans suffers from an overactive bladder. The problem is frequently diagnosed in women, but is underdiagnosed in men, because the symptoms are often mistaken for prostate problems.

People with overactive bladders experience a strong, sudden urge to urinate that may lead to incontinence.

The problem can be distressing, as it often causes sufferers to wake at night, triggering sleeplessness and daytime fatigue. Many behavioral changes are prescribed to make coping easier, but medications are often given, too.

While drug treatment is effective for some people, troubling side effects like dry mouth and constipation are common, leading many to stop taking the medications after a few months.

For decades, women have been taught by doctors to manage overactive bladders with daily Kegel exercises that strengthen the pelvic floor muscles which support the uterus, bladder and bowel. 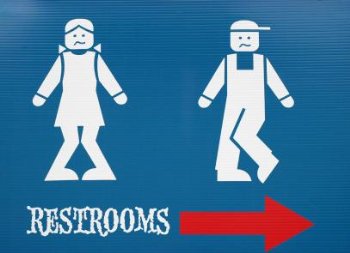 Kegel Exercise for Men Study. In the new study, researchers tested the Kegel exercises in men. The study looked at 143 middle-aged and elderly men who continued to have urinary problems despite taking medications called alpha-blockers.

In the study, researchers randomly assigned participants to either take an additional drug called oxybutynin (Ditropan XL) or to practice behavioral techniques for eight weeks. The techniques included taking less fluids in the evening, controlling the urge to urinate at night and Kegel exercises to strengthen their pelvic floor muscles.

The men were made to do Kegel exercise sessions three times a day. For the exercises, men were taught to contract their pelvic floor muscles for two to 10 seconds, then relax them for the same length of time, and then repeat the sequence 15 times in a session.

The Kegel exercise for men study showed those who did the exercises went from urinating about 11 times a day to 9.1 times a day, according to diaries they kept of their progress, while those who were given drugs urinated a little more frequently, at 9.5 times.

Participants who did exercises also cut their nightly bathroom visits by five times per week, compared to only two times a week among the men who only took drugs.

Overall, more than 90 percent of the men said they were completely or somewhat satisfied with the exercise treatment, according to Dr. Theodore M. Johnson II and colleagues who conducted the study.

Their findings are published in the Journal of the American Geriatrics Society.

The new research is the first to test pelvic exercises in men with bladder control problem, said Johnson, chief of geriatrics at Emory University in Atlanta.

“The important thing about behavioral exercise is that it’s free,” Johnson said. “It costs you just time and it’s free of side effects. As long as you do the exercise, you have a good chance of some benefits and it may take less than two months.”

“If you don’t respond well to one drug for your symptoms, you may not need another drug if you’re willing to do exercises,” he added.

For men’s health posts such as Kegel Exercise for Men, check out the following: