Fatty foods linked to poor sperm quality. Over the past 60 years, average sperm counts in Western countries have fallen by more than half — outlining what appears to be a declining trend in both the quantity and quality of sperm in the average post World War II man.

The lower sperm quality and quantity affects fertility. According to fertility experts, around one-third of the men in couples seeking in vitro fertilization (IVF) treatment — or the fertilization of the egg by sperm outside the body — are “sub-fertile” men and only two percent are “totally” infertile.

Now, new findings from the Harvard Medical School suggest that men whose diets are higher in saturated fat have lower sperm counts and sperm concentration than men who consume less fat. In contrast, those with diets high in omega-3 fatty acids — healthy fats found in fish and plant oils –had better-formed sperm.

The study, the largest so far to probe the effects of specific dietary fats on male fertility, is published online in the European journal Human Reproduction’s March 13 issue.

The Harvard researchers recruited 99 American men in their mid-30s (average age: 36) who were seeking help at the Massachusetts General Hospital Fertility Center. For almost four years — from December 2006 to August 2010 — the investigators surveyed the men’s dietary habits, lifestyle and health history and analyzed their semen samples, as well.

The study participants were divided into three groups according to how much fat they consumed. Combining this information with an analysis of the men’s semen samples and blood, this is what the researchers found:

• Men with the fattiest diets (with fat making up at least 37 percent of their daily calories) had 43 percent lower total sperm count and 38 percent lower sperm concentration than those eating the least saturated fat. Total sperm count is the total number of sperm in a sample — typically taken from one ejaculation — and sperm concentration is the number of sperm per milliliter of semen.

• Saturated fat was particularly bad for sperm. Men who consumed even just 13 percent of their total calories from saturated fat had a 35 percent lower total sperm count and a 38 percent lower sperm concentration than the men consuming the lowest levels.

• Men whose diets had the most omega-3 fatty acids also had 1.9 percent more correctly formed sperm than men with the lowest intake

The Harvard researchers admit that their study has its limits: the study sample was small and 71 percent of participants were overweight or obese — like much of the U.S. adult population. While previous research has suggested a link between obesity and male infertility, the researchers says they were able to control for this factor.

“The frequency of being overweight and obese among men in this study doesn’t differ much from that among men in the general population in the U.S.,” says Jill Attaman of the Harvard Medical School, the new study’s lead author, in a statement. So with extra analysis, “we were able to isolate the independent effects of fat intake from those of obesity,” she clarifies. The investigators were also able to eliminate smoking as a factor in the fertility challenges, since two-thirds of the study participants had never smoked. 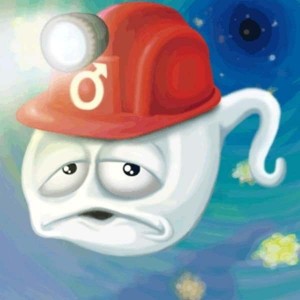 Finally, the researchers calculated that:
• For every extra five percent that a man’s diet that was made up of fat, his sperm count dipped 18 percent
• For each five percent increase in saturated fat in the total diet, sperm count dropped 38 percent

The researchers admit that they’re still not entirely sure why these patterns are emerging, but say, they are already planning to study this further.

“If men make changes to their diets so as to reduce the amount of saturated fat they eat and increase their omega-3 intake, then this may not only improve their general health but could improve their reproductive health too,” says Attaman.

Previous research — in rats, though — has also shown that a male’s diet may change how his offspring develops. Daughters born to male rodents fed on a high-fat diet had more health problems later in their lives. Epigenetic changes inherited from their father made the female offspring more susceptible to diabetes.

“Most evidence points towards low sperm counts being due to impaired testes development while the men were babies in the womb,” says Professor Richard Sharpe of the MRC Center for Reproductive Health at the United Kingdom’s University of Edinburgh.

“But the current study suggests that consumption by men of a ‘Western’ style diet, high in saturated fats, might also lower their sperm counts.” Dr. Sharpe, Human Reproduction’s deputy editor, is unaffiliated with the study.

“It’s therefore not unreasonable to imagine that the type of fats in the diet may affect sperm membrane fat composition which, in turn, may affect sperm function. To an extent, we are what we eat,” he adds.

But he also points out that: “This study shows an association between eating a high (saturated) fat diet and lower sperm concentration but it doesn’t show that one causes the other.”

Still, the existing consensus on the effects of obesity on male fertility might have to be revisited, he maintains. “In the present study most men were overweight but lower sperm concentration was found only in those who had higher fat intakes,” he says. “This raises the possibility that previous studies missed associations because they grouped men just according to their weight,” he concludes.

Leading British fertility expert Dr. Allan Pacey of the University of Sheffield tells The Daily Mail: “Currently we have few ways of improving sperm quality for men who are sub-fertile and so men wishing to improve their chances of conception should try to be as healthy as possible.

“That includes eating sensibly, stopping smoking and, if they are overweight, trying to bring their BMI (body mass index) into the normal range,” he adds.