For quite some time now, we’ve known that scarfing down a diet laden with trans fat was bad. Many studies have shown that a diet high in trans fat is associated with raised cholesterol levels and a raised risk for obesity, coronary heart disease, Alzheimer’s Disease, cancer, diabetes, liver dysfunction — and even infertility in women and major depressive disorder.

Now a new study from the University of California, San Diego School of Medicine suggests that people who load up on trans fat by eating food with these — like potato chips, corn chips and French fries — are more prone to irritability and aggression.

“This study provides the first evidence linking dietary trans fatty acids with behavioral irritability and aggression,” concludes lead author Dr. Beatrice Golomb of the UCSD’s School of Medicine. The study, which involved almost 1,000 men and women, is published online by PLoS ONE, a peer-reviewed online publication published by the non-profit Public Library of Science (PLoS). 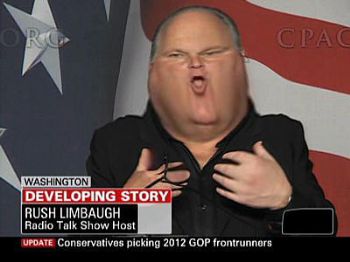 Partially hydrogenated vegetable oils — trans fat– have been a part of the human diet for about 100 years, but they’ve become increasingly so only in the post- World War II world where people began to eat more processed foods.

In order to make foods last longer on the shelf, food scientists began adding hydrogen to vegetable oil — and trans fats are the result.

In the new study, Dr. Golomb and her co-authors searched through the records of adults participating in the UCSD Statin Study, an ongoing clinical trial of lipid-lowering therapy in a primary prevention setting being conducted in the United States. They then identified 945 men and women (average age: 57) who had completed the dietary assessment prior to the baseline visit, then set about analyzing their diet data.

The researchers then did behavioral assessments on the participants, scoring them on factors such as:
• A history of aggression
• How they handled conflict
• How they self-rated impatience and irritability levels

The researchers used four tools:
• The Overt Aggression Scale Modified – Aggression subscale (OASMa)tool designed to measure aggression by inquiring about actual aggressive behavioral actions in the prior week
• The Life History of Aggression that examines behavioral aggression over the subject’s lifetime, generally excluding childhood violence
• The Conflict Tactics Scale (CTS) that examines tactics, including aggressive ones, employed by (or against) the subject (behavioral hostility or hostile attribution) in the prior two weeks
• Two self-reporting tools on impatience and irritability Dr. Golomb’s team created

After accounting for factors including education, smoking and alcohol use, the researchers found that eating more trans fats was significantly associated with aggression.

“We found that greater trans fatty acids were significantly associated with greater aggression, and were more consistently predictive of aggression and irritability, across the measures tested, than the other known aggression predictors that were assessed,” says Dr. Golomb.

“If the association between trans fats and aggressive behavior proves to be causal, this adds further rationale to recommendations to avoid eating trans fats,” Golomb says. “Or to (stop) including them in foods provided at institutions like schools and prisons — since the detrimental effects of trans fats may extend beyond the person who consumes them to affect others,” she concludes.

Commenting on the study, Dr. Gene Bowman of Oregon Health & Science University told HuffPost Food, “It’s clear that trans fats are bad — both for your heart and now, we see, for your brain.”

“So I would recommend that people stay away from all trans fats. If you aren’t sure whether something has them, just look at the ingredients. If there’s vegetable shortening, partially hydrogenated anything… just put it down. That’s the big message here.”

Fortunately, a lot of restaurants and food brands have eliminated trans fats from their products, according to HuffPost Food. McDonald’s, Burger King, Wendy’s, Jack in the Box and Dairy Queen have reportedly reduced trans-fat levels in their french fries.