Are endometrial and uterine cancer the same? Or are they different? If they are two different things, how can a person differentiate one cancer from the other?

We wondered about the above question when we were writing our earlier post on celebrities with endometrial cancer. After some hours of research, this is what we found out:

By way of illustration, here’s an image of a uterus (courtesy of fibroids.net) which should give us a clearer picture of the endometrial vs. uterine cancer riddle: 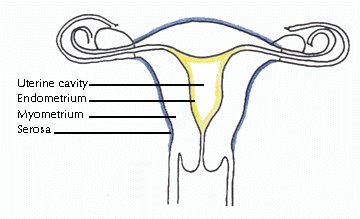 A little bit similar to our avocado example, huh? 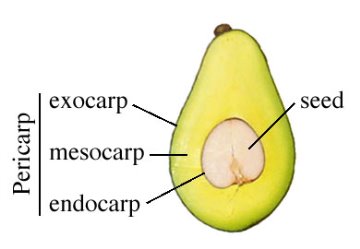 You want a more “medicalese” answer to the “Is endometrial cancer the same as uterine cancer” question? Here’s what Larry E. Puls, MD, Obstetrics & Gynecology, answered on behalf of Greenville Health System (via sharecare.com):

The answer is technically no.

Endometrial cancer does occur within the uterus, but it starts in the inside lining of the uterus, which is called the endometrium.

The endometrium is the area that is responsible for a woman’s menstrual bleeding. It is very susceptible to the influence of the hormone estrogen. The ovaries primarily produce estrogen, but fat cells also produce estrogen. For this reason, with the significant rise in obesity in the US, endometrial cancer has become very common. In non-smoking women, endometrial cancer is the third most common cancer in the US!

Uterine cancer starts in the tissue that surrounds or supports the endometrium, the uterus. The uterus is largely made up of muscle, which is responsible for the contractions of labor. Some women unfortunately get cancers in that muscle.

This is called a leiomyosarcoma. There are several varieties of sarcomas that occur in uterine supportive tissue; they act and spread differently from the more common endometrial cancers.

So there. We hope we helped clarify the endometrial vs. uterine cancer question for you!