Does Your Tea Have Pesticides? Greenpeace finds banned pesticides in major Chinese tea brands. Is drinking tea good for you? Yes and no, depending on many factors.

Drinking three or more cups of tea a day is just as good as drinking plenty of water — and the flavonoids tea contains helps protect drinkers against heart disease and some cancers. The polyphenol antioxidants found in tea leaves have been shown to prevent cell damage. Other health benefits include protection against tooth plaque and the strengthening of bones.

That’s what British nutritionists from the Kings College London said in a 2006 study published in the European Journal of Clinical Nutrition. The work, which was funded by the United Kingdom’s Tea Council, also dispelled the common belief that tea dehydrates. The British researchers said the amount of caffeine contained in even four cups of tea isn’t enough to cause dehydration — and tea actually rehydrates as well as water does.

So tea is good for you. And it should be more so, if it’s bought from China, the main source and world’s biggest tea producer, right? 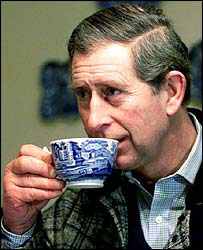 No, Greenpeace says in a statement on April 11. That’s because there’s pesticides in that tea.

The international environmental organization says it has detected pesticides banned from use in tea in products made by major Chinese brands — including Tenfu’s Teas, Zhang Yiyuan, Wuyutai and China Tea King.

The pesticides it found in Chinese tea were banned because these could affect fertility and cause permanent genetic damage, Greenpeace says.

After sending the teas for testing in an accredited lab, Greenpeace found that 12 of the 18 samples contained at least one pesticide banned from use in tea — including methomyl and endosulfan.

The World Health Organization (WHO) classifies methomyl as highly hazardous because of its high acute toxicity. Endosulfan is another highly toxic pesticide. Because it bioaccumulates, its toxic effects persist in the body for a long time — that’s why it’s been banned worldwide under the Stockholm Convention.

Specifically, this is what the Greenpeace investigators found:
• Even some of the most famous and expensive teas sold under popular brands — like Wuyutai, Tenfu and Eight Horses — contained pesticides that are banned in China or even worldwide.
• 18 samples contained at least three pesticides.
• 14 out of 18 teas tested contain the kind of pesticides that may affect fertility, harm an unborn child or cause heritable genetic damage.
• 11 of the samples — including Tenfu’s Bi Luo Chun tea and jasmine tea produced by Zhang Yiyuan and Wuyutai — contain both methomyl and endosulfan.
• Richun’s Tieguanyin 803 tea – even showed up with 17 different kinds of pesticides

“You don’t know how many people — and for how long — have unknowingly been drinking toxic pesticides in their tea,” Wang Jing, a food and agriculture campaigner with Greenpeace, said in a statement sent to the Financial Times.

Greenpeace called on China’s tea companies to:
• Stop the use of highly toxic pesticides altogether.
• Drastically reduce the use of pesticides.
• Establish an effective traceability and supply chain control system that ensures the reduction of pesticide use and its compliance with the law.

“We can only say that these tea companies — despite having the responsibility and the ability to create an effective traceability and supply chain control system, and to manage from the sourcing stage what pesticides and how much to use –they have simply neglected the health demand of consumers. They don’t bear the corporate responsibility of protecting consumers’ health and our environment,” Greenpeace said.

The Greenpeace report is just the latest in a string of food safety scandals to hit China’s tea sector, the Financial Times reports.

Late last year, Unilever recalled a batch of Lipton’s “Iron Buddha” tea because it contained excessive levels of rare earths. Earlier, a check of oolong tea brands by the Chinese government found that 19 out of 58 brands tested failed to meet standards — including Lipton’s “Iron Buddha.”

“China Tea King has its own farms, factories and line of stores,” China Tea King’s general manager for Beijing said. “So from the sourcing stage we teach the farmers how to plant and how to fertilize. And our factories carry out routine checks, including checking through machines if the fresh tea leaves harvested pass standards,” he told the New York-based Chinese-language broadcaster New Tang Dynasty Television.

RELATED READINGS:
Are Strawberries With Methyl Iodide Safe to Eat?
Hidden Chemicals in Cigarettes
Are China’s Jerky Treats Safe for Your Pets?