Can Addicts Be Cured? Try Memory Editing. Addiction can be ‘cured’ by changing memories, study shows Can addictions be ‘cured’? Can addicts overcome their addiction and go on to live happy and healthy lives?

That’s a knotty question — and a mighty popular one, too: a Google search of the query, “can addicts be cured?” brings up a whopping 64 million sites.

As award-winning director, cinematographer and screenwriter Debra Granik says of addiction — the topic of her two films — “Anyone who personally, tangentially or culturally knows anything about addiction is aware that it resembles an EKG. Up and down, up and down. Very few people ever get clean on the first or second attempt. For many people, it’s something they have to try over and over again. You get knocked down and ask all the ethical questions like how many chances do you give a person? When is the last chance? How many chances do they get?”

But should addicts be cured? Now that’s a question that need not be asked. Addiction — to alcohol, narcotics, prescription painkillers, gambling, shopping, Internet or sex — undoubtedly causes suffering to the person trapped by the compulsive behavior, to family and loved ones, as well as to society at large. 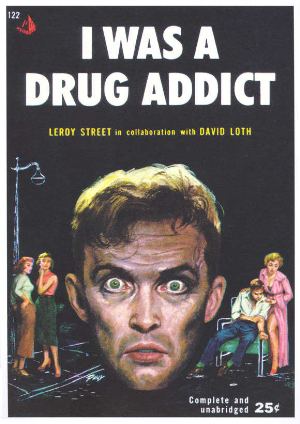 Where treatment of addiction is concerned, preventing cravings is one of the biggest challenges, psychologists and health caregivers alike note, because such cravings often cause ex-addicts to relapse into drug use.

Current treatments effectively relieve cravings in the clinic — but not when addicts return to their usual environment. Exposure to paraphernalia and other stimuli associated with the pleasure of taking drugs trigger the addict’s habitual response of using the drug once again, writes science journalist Mo Costandi in his blog Guardian.

Costandi was writing about a new study that he had also reported on for Nature.com, in which a team of neuroscientists used a behavioral technique to “re-edit” memories of former addicts to stop them from relapsing.

If the results of this new study are verified by other studies, the technique could be expanded into non-pharmacological therapies for addiction — as well as other psychiatric conditions like anxiety, phobia and post-traumatic stress disorder, notes Costandi. The study, conducted by Chinese and American researchers, was published in the April 13 issue of the journal, Science.

Right now, in what seems an irony, drugs are often used to lick addiction. In many rehabilitation centers, medications are seen as an important part of therapy for drug dependents and alcoholics. Methadone, buprenorphine (Suboxone), and levo-alpha-acetylmethadol (LAAM) are often prescribed for people addicted to heroin or other opiates. Naltrexone or acamprosate (Campral) are given to some people addicted to alcohol; is an agent to help in maintaining abstinence in people with alcohol dependency.

But the new findings suggest that such medications may not be needed to eliminate the drug-related memories that trigger relapse in addicts. Instead, appropriately timed behavioral interventions may do the trick.

Breaking conditioning = breaking addiction
Exposure to stimuli associated with past drug use — “people, places and things,” in the jargon of rehabilitation programs — can elicit the desire to get high again. This, psychologists and therapists have known for years. This is because addicts tend to associate a drug’s effects with drug-taking equipment and a certain environment.

In recent years, researchers have discovered that these drug-related cues — people, places and things — can be less powerful and tempting when former drug dependents are repeatedly exposed to these, but aren’t allowed and don’t succumb to the temptation. If former addicts are “exposed” this way repeatedly, they can break their addiction. Over time, however, the effects of this “exposure” process often wears off.

A new, experimental technique aims to break the association by briefly reactivating the memory of drug taking, then immediately following it up with an “extinction session” of repeated exposure to the same memory cues.

The technique is based on the idea that a memory is “malleable” right after it is accessed — and the moment it is accessed is a brief window during which the memory can be “rewritten,” “edited” or even deleted.

The technique was tested by a team of Chinese and American neuroscientists led by Dr. Yan-Xue Xue of China’s National Institute of Drug Dependence at Peking University. The team also included NIDD’s Lin Lu, as well as two researchers from the United States National Institute on Drug Abuse, which is part of the National Institutes of Health, Dr. David Epstein and Dr. Yavin Shaham.

In previous research in both rats and humans, associations between specific experiences and fear had been eliminated without drugs during this reconsolidation period immediately after recall.

In a bid to make the technique more effective, Dr. Yan-Xue and his team combined it with a process called memory reconsolidation. During reconsolidation, a memory is retrieved and “reactivated” to strengthen it.

Overall, the technique involves recalling a fearful experience briefly before exposure to a cue that is related to it. Then, exposure to that cue is repeated without triggering terror. A person afraid of dogs because of having been bitten, for instance, can be prompted to recall that experience, and then be exposed repeatedly to dogs in circumstances that are safe. Studies have shown that this works best if the bad memory is recalled just before exposure to the frightening cue — within 10 minutes to an hour — but not long before. If the experience is brought to mind six hours or more earlier, there’s no effect.

Memories can be changed more permanently if they are retrieved first before they are “edited.” It’s a bit like opening a document on your computer, making some changes, then resaving it, Dr. Epstein tells the New Scientist.