Celebrity Brain Tumor Survivors (and Non-Survivors). This week American singer Sheryl Crow revealed in an interview with the Las Vegas Review-Journal that she was diagnosed with a brain tumor.

Apparently, what prompted her to visit the doctor is the fact that she was experiencing memory loss. She found out that she has meningioma or a tumor in the meninges which is the membrane which surrounds our brains.

Despite the diagnosis, Sheryl allayed the fears of her fans with this post on her Facebook page: “Hey everyone – please don’t worry about my ‘brain tumor’, it’s a non-cancerous growth. I know some folks can have problems with this kind of thing, but I want to assure everyone I’m OK.” 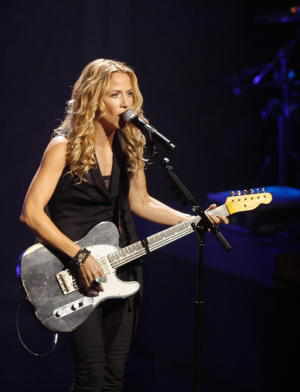 So aside from Sheryl, are there other celebrities who have been found to have brain tumors? There’s several of them, read on.

Mary Tyler Moore. In 2011, American actress Mary Tyler Moore underwent surgery to remove a meningioma. Says her representative about the matter: “At the recommendation of her neurologist, who has been monitoring this for years, and a neurosurgeon, Mary decided to proceed with this fairly routine procedure.”

During a later update, said representative stated that the multi-awarded actress “tolerated the procedure without difficulty and is recovering nicely with her husband at her bedside”.

Senator Ted Kennedy. Senator Kennedy was found to have malignant glioma in his left parietal-lobe in May 2008. He underwent surgery which was deemed successful but his health continued to deteriorate. He died in August 2009, a little over a year after he was diagnosed with brain tumor.

Elizabeth Taylor. Dame Elizabeth Rosemond “Liz” Taylor, one of the great actresses to appear in Hollywood, had a benign brain tumor removed in 1997. She went on to live till the ripe old age of 79 dying of Congestive heart failure on 23 March 2011.

Lance Armstrong. He is more known as a testicular cancer survivor but, according to wikipedia, his cancer actually spread to his lungs, abdomen and brain. The cycling champion’s brain tumor was successfully removed by neurosurgeon Scott Shapiro. Armstrong wrote about their patient-doctor encounter in his book, It’s Not About the Bike:

“You’ll have to convince me you know what you’re doing,” said Armstrong. “Look, I’ve done a large number of these,” Shapiro said, “I’ve never had anyone die, and I’ve never made anyone worse.”

“Yeah, but why should you be the person who operates on my head?” Armstrong responded. “Because as good as you are at cycling”-he paused-“I’m a lot better at brain surgery”.

Mark Ruffalo. Next in our list of celebrity brain tumor survivors is Mark Ruffalo. The Avengers actor discovered that he had acoustic neuroma — a type of brain tumor — in 2002. A surgical operation successfully removed the tumor but it temporarily left his face paralyzed. He eventually recovered from said paralysis.

Here’s a video of Mark talking about his brain tumor which he called a blessing in disguise.

Seve Ballesteros. Spanish golfer Seve Ballesteros, who won a total of five Major Championship titles and who was inducted to the World Golf Hall of Fame, died of brain cancer on 7 May 2011. He was only 54 years old.

George Harrison. The lead guitarist of The Beatles was afflicted with brain tumor which, according an ABC News report, spread from his lungs. He received several radiation therapy treatments but these didn’t prove successful in combating his cancerous cells. He died on 29 November 2001 and his cause of death is listed as “metastatic non-small cell lung cancer”.