Celebrities with body dysmorphic disorder or BDD appear to be not as common as celebrities with OCD as well as those with bi-polar disorders but this does not mean than they’re actually less common. In fact, back in 2010, Dr. Jamie Feusner, a psychiatrist at the University of California in Los Angeles told CNN that he and his colleagues have treated several celebrities for BDD but only few have publicly admitted their condition.

But what is body dysmorphic disorder? According to the National Institutes of Health, BDD is a sever psychiatric disorder whereby a sufferer “believe they look ugly or deformed (thinking, for example, that they have a large and ‘repulsive’ nose, or severely scarred skin), when in reality they look normal.” BDD is also known as dysmorphophobia and it is sometimes associated with eating disorders, such as compulsive overeating, anorexia nervosa or bulimia.

Here’s a list of celebrities who admitted that they have BDD:

Sarah Michelle Gellar. In a 2011 interview with Health Magazine (health.com), the Buffy the Vampire Slayer reveals that she has BDD. An excerpt of said interview:

Q: You seem so confident. Do you ever have moments of insecurity?
A: Oh God … I’m a female! I totally have body dysmorphic disorder. I think most women do. A makeup artist friend once said, “I don’t think I’ve ever seen you look in a mirror.” I’m surrounded by them all the time—you sit in hair and makeup—so I guess I just have this mechanism where I tune it out. So every once in a while, I’ll look and I’ll be like, “Wait, that’s what I look like?” I just have to remember that I’m human, and I’m a mom. Being a parent changes the vanity at least a little bit. It has to. Your priorities are different.

Lily Allen. Reports the Daily Express from back in December 2009: “Lily Allen suffers from body dysmorphia, a psychological disorder which leaves her preoccupied with her weight. The pop star has long struggled with her body image and she shocked fans in 2007 by taking to her online blog to discuss her fears over her shape.”

Here’s what the British singer wrote in her myspace blog referred to by the report.

fat , ugly and shitter than winehouse. that is all i am , im on my own in america again . I used to pride myself on being strong minded and not being some stupid girl obsessed with the way I look . I felt like it didnt matter if I was a bit chubby cause , im not a model , I’m a singer . Im afraid I am not strong and have fallen victim to the evil machine . I write to you in a sea of tears from my hotel bed in Seattle , I have spent the past hour researching gastric bypass surgery , and laser lipo suction.

Uma Thurman. For her part, Kill Bill actress Uma Thurman revealed that she “developed” a BDD disorder following a pregnancy. From Talk Magazine (via Dailymail): Ever since I had my baby I’ve had that body dysmorphic disorder,’ she told Talk magazine. ‘I see myself as fat.’ Her friend, actress Natasha Richardson, said she was worried about Miss Thurman’s weight problem. ‘Uma genuinely believes she’s fat. And she’s so thin,’ she said. ‘I don’t know where that comes from. But it’s totally genuine. And I think it hurts her.’

Lea Walker. Lea is a reality TV star (Big Brother UK) who wrote a book about her BDD condition. According to This is Nottingham, the “surgery dysmorphic” Lea has spent more than “£150,000 in 11 years on successive nose jobs, a tummy tuck and boob jobs”. 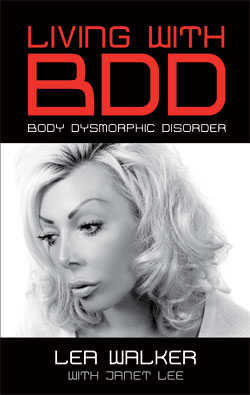 She hopes that her book will help raise public awareness of the condition: “I know there are millions of people in the world out there like me. But it’s frustrating because there aren’t the funds to help people. There is so much help out there for anorexics and bulimics. But if you were to nip dysmorphia in the bud, there wouldn’t be as many anorexics and bulimics because eating disorders are a form of dysmorphia.”

Other famous people who have not stated that they have body dysmporphic disorder but who are believed by some to be suffering from BDD include:

Jocelyn Wildenstein. Also known as “Catwoman”, Jocelyn transformed herself from a beautiful woman when she was younger to someone who emerged out of the pages of Susan Collins’ Panem Capital in her dystopian novel, The Hunger Games. Check out her transformation through the years. 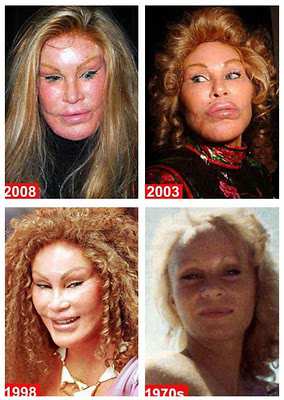 We won’t be surprised if the total of Heidi’s surgeries is now double that number. 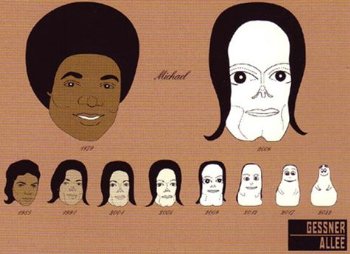