Earlier we gave you a list of celebrities with kidney transplants as well as celebrities who had dialysis treatments because their kidneys failed to do the job of cleansing their system. Now, here’s a list of famous men and women who were found to have cancer in their kidney.

Dianne Kay, American actress. Most famous for playing the role of Nancy Bradford in the hit TV show, Eight is Enough, Dianne Kay was diagnosed with kidney cancer in 2001. She talks about her diagnosis in a 2011 interview with More Magazine:

More: Congratulations on surviving cancer.
DK: Had I not caught it early, and if the tumor had grown another centimeter and a half, it would have gone outside the capsule of the kidney, and then I would have been in trouble. 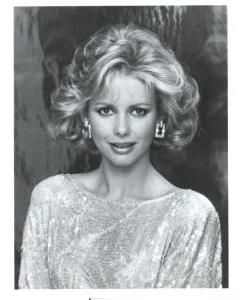 More: How did you catch it?
DK: I have no history of cancer in my family. Back in 2001 I wasn’t feeling terrific, but I attributed it to being tired and taking care of a toddler. I had an MRI, and one doctor saw something the size of a thumbnail on my right kidney. Not only did I also have a bout of sciatica, but while I was sleeping a strong feeling woke me up and said, You call your doctor right away. And so I did. From there I had an ultrasound, and that showed I needed a urologist, and they needed to do a CAT scan.

More: How scary.
DK: I knew I wasn’t feeling well, and that my body was telling me something was wrong. They took that kidney out, and luckily I have another kidney.

More: What went through your mind when they told you it was cancer?
DK: It is an out-of-the-body experience. You are saying to yourself, No. This is not me. I didn’t have time to be afraid. I was just like, “Get it out.” But having cancer also allowed me to find an inner strength I never knew I had before. For me, I had to take the bull by the horns and say, Let’s get this alien out because I have a husband and a son. 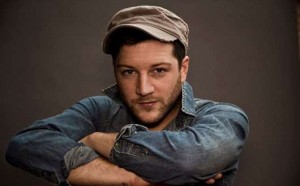 His affected kidney was removed during a surgical operation and he underwent chemotherapy afterwards which helped him beat the disease. Matt went on to become a painter/decorator and become famous when he won the 7th edition of the reality singing competition X-Factor.

The Daily Telegraph has more on James’ kidney cancer and how he overcame it:

Like many cancer sufferers, Whale had not noticed any symptoms until one evening he passed a large amount of blood in his urine. His wife, Melinda, 56, told him to get a check-up but he didn’t get round to it for a couple of weeks.

“I probably missed the signs,” he says. “Bad backs, niggling aches and pains. We all get them. And like most men, I’ve never had a medical in my life. If I had, they would have picked up my cancer when it was the size of a pea.”
…
Eventually, Whale went to a walk-in clinic at Waterloo station, and the doctor referred him to London Bridge Hospital for a scan.

“When I got to the doc’s,” he says, a trifle proudly, “they said they couldn’t believe it; that it was the biggest tumour they’d ever seen.”

One of these doctors was consultant urologist Tim O’Brien, his saviour. O’Brien warned Whale that the chances of surviving an operation to remove both his left kidney and its now-towering tumour were 50:50. It came as a shock. “I hadn’t really thought about that,” confesses Whale. But Melinda was optimistic and relieved – until then, she had feared there would be no hope at all.

Thankfully, the operation was a success; the kidneys are full of tiny blood vessels and in the worst case scenario, patients can bleed to death during surgery, but Whale was lucky and needed just one pint of blood. After 10 days on the ward, he was discharged with painkillers.

Kenta Kobashi, Japanese professional wrestler. Dubbed by The Sun newspaper as one of the greatest wrestlers of all time, Kenta Kobashi was diagnosed with kidney cancer in 2006. 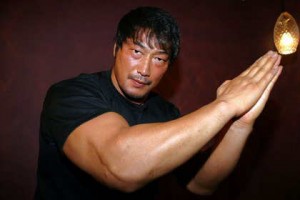 He had a successful surgery which removed a right kidney tumor which, thankfully, did not spread to other parts of his body. He made a comeback following his surgery and continues to wrestle to this day.

Jim Duggan, American pro-wrestler. Another wrestler who was diagnosed with kidney cancer is Jim Duggan. He was diagnosed in 1998, had surgery which removed the tumor (reported to be the size of a football), and came back to wrestling. He talks about his experience as a cancer survivor in an interview with the Poughkeepsie Journal: “Being a cancer survivor, I have a whole different outlook than I had before. I never thought it could touch anyone I knew, but it can touch anyone. The main thing (is) I want people to be aware of is to get checked out. Early detection can save so many lives.”

Frank Burrows, Scottish footballer/manager. Football-star-turned-football-manager Frank Burrows was diagnosed with renal cancer in 2001. He underwent surgery which successfully removed his cancer. Says West Bromwich Albion Manager Gary Megson (Frank’s boss at the time he was diagnosed and had surgery) about Frank’s cancer: “The worst thing that happened at this football club was when Frank came in and said he had cancer. The best thing was that the operation was a success and he was then given the all-clear. That moment eclipses anything the club achieved. It was similar to when my wife Barbara was ill a couple of years ago. It puts football into perspective. That was a really bad thing that happened to our family. But it probably helped me personally because trying to keep West Brom up wasn’t the most important thing to me. What happened to Frank is more important than anything that can happen in football.”

Frank must be a pretty cool guy to have stirred such a comment from his boss, no? It goes without saying that Megson sounds like a cool guy to. 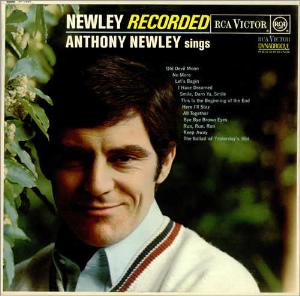 He had the cancerous kidney removed. He appears to have beaten the big C but his cancer returned in 1997 and attacked his lungs and liver. He succumbed to the disease in 1999. He was 67 years old.

Other celebrities (and celebrity relatives) diagnosed with cancer include: American actress Lee Remick who died of liver and kidney cancer in 1991, actress Denise Richards’ mom Joni who died in 2007, singer Peter Andre’s brother who is currently fighting the disease, and Leonora Knatchbull (daughter of Norton Knatchbull, 8th Baron Brabourne) who died of kidney cancer when she was five years old.