Celebrities With Hashimotos Disease. Named after Japanese doctor Hakaru Hashimoto who first described it, Hashimoto’s disease affects about 1 to 1.5 in 1000 people. According to the Mayo Clinic, it is the most common cause of hypothyroidism in the United States. It is found among children and adults as well as men and women but it most often occurs in women between 30 to 60 years old.

The list of celebrities with Hashimotos disease include the following:

Gina Rodriguez, actress. Initially, she was diagnosed with a thyroid disease. She tells us about her initial diagnosis in an interview with indiewire.com: “[W]hen I went to college, my first big struggle was that I was diagnosed with Thyroid disease. As an actress, having to deal with weight issues, in general, was just like, ‘Oh brother, here’s another challenge.’ I was going to have to deal with a disease that wasn’t going to let me be a 100 pounds.”

Later, she found out that she also has Hashimoto’s disease. From Entertainment Tonight:

While I was shooting the pilot, I was training for a half marathon and I went to see my holistic doctor right after the marathon was done.

She said, “From your test results, let’s talk about your Hashimoto’s (disease).” And I was like, “What are you talking about? I have thyroid disease” and she said, ‘No, no you have Hashimoto’s and to be honest, I don’t know how you’re standing right now and why you’re not asleep. I thought somebody would be bringing you here. Your blood tests are, like, off the charts.” I was like, “I just ran a half marathon three days ago. I just bike rode, like, 12 miles here…!” She goes, “Aren’t you tired?’ and I was like, “Yeah, but you get up and push forward!” 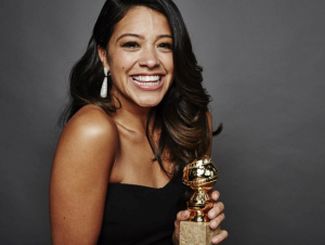 Kim Cattrall, actress. Next in our list of celebrities with Hashimotos disease is Kim Kattrall of Sex and the City fame.

Here’s what the actress says of her diagnosis: “When I thought of thyroid problems, I thought of goiter. But then I found out that it was an autoimmune problem that makes you tired and can lead to depression.”

Nia Vardalos, actress. In an interview with Mary Shomon, Nia talks about one of the effects of having Hashimoto’s disease — weight gain: “Before I was diagnosed with thyroid disease, I didn’t understand why I could hang out with my girlfriends, and just suck on a toothpick all night and gain weight . I couldn’t figure it out, and so of course, like most of planet earth, I had tried every diet. I had tried no-carb and high fat; it was too hard to stay on, I got hungry, and the minute you smell a piece of bread, you gain ten pounds, so that didn’t work. I had tried food delivery services, or just frozen foods, but they were overloaded with salt.”

Nia adds: “Now, I stay away from diet foods, they’re filled with salt and sugar. I don’t do diet soda, I don’t do artificial sweeteners, I don’t do any of those things anymore…but I did in the past. Now, I get full from a cup of coffee, with half and half, and a teaspoon of sugar, and regular breakfast, with a little bit of butter. I don’t use margarine, I just use real, whole foods.”

Despite her condition, Nia has managed to lose weight and says that having Hashimoto’s is not an excuse: “I don’t want to be lauded and applauded for having lost weight. But I do have control back. If any person in the industry is touting their weight loss as an achievement, they are losing sight of the fact that they are an actor or a creator of material first and foremost. When I write and create material, that’s to me as much a process of taking control as controlling my blood sugar. I have to be disciplined. I must sit down in front of my computer and write every day, in the same way I have to be disciplined about the food choices.”

Gena Lee Nolin, actress. When it comes to raising public awareness of Hashimoto’s disease, no famous celebrity works harder than this Baywatch star who was diagnosed with the condition in 2008. She has written a book about her condition and is managing a Facebook support page for people with Hashimoto’s.

In an interview with about.com, here’s what Gena says about the stigmas attached to the condition which she is working to change: “I think people assume thyroid means older and overweight but in reality, thyroid disease strikes at all ages, and affects all sizes. It’s unfortunate that people stereotype thyroid disease as being only something that is about being overweight, when it has many faces. You can be thin and have a head full of hair, and still be suffering…in my case, I’ve been at all the different stages, from being fit and having a head of healthy hair, to being overweight, puffy, and losing hair by the handfuls. Again, this is why I feel it’s so important to advocate for thyroid patients…and to help give thyroid a new face.”