Children Eating Disorder: Anorexia Starts as Early as Ten? At the age of ten or under, most anorexia sufferers develop their eating disorder, a leading charity for eating disorder found in their online survey.

The survey also found that more than half of the sufferers blame their condition on family traumas like divorce among their parents and death of their loved ones. Three percent admitted they were influenced by their skinny celebrity idols. 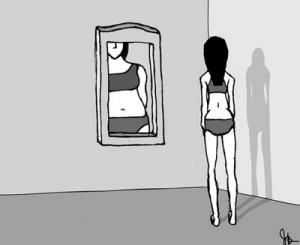 Overeaters Anonymous GB spokesperson Mary George said people who are treated for anorexia are getting younger and younger nowadays.

She shared that there is even a case wherein a six year-old kid is showing signs of the illness. According to her, the result of their study is surprising.

However, they usually end up extremely underweight. One in every 200 women in the UK is reported to be anorexia sufferers. Five per cent of the sufferers are expected to die with this disorder.