After three years of trying to conceive with no success, Khloe Kardashian and Lamar Odom have decided to go the fertility treatment route. According to news reports, Khloe started with her treatments at a Los Angeles clinic. Khloe and Lamar are just one of the latest celebrity couples who decided to seek treatment in order to have a kid. Here are others:

Courteney Cox and David Arquette. David and Courteney deserves a lot of props for being one of the first celebrity couples to talk about about their fertility problem and how they are trying artificial ways to get pregnant. In “coming out”, they gave a human face to a problem that not a few couples have to face. Courteney eventually conceived through in-vitro fertilization (IVF) and gave birth to daughter, Coco. David and Courteney, unfortunately, are no longer a couple as they filed for divorce recently. 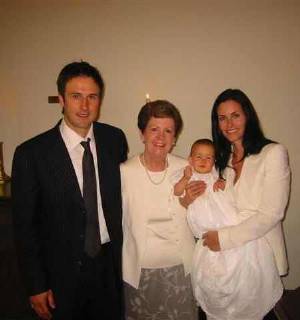 Celine Dion and Rene Angelil. Canada’s SuperCouple Rene and Celine have undergone IVF treatments to add to their, at the time, only child. After six treatments which Celine described as “emotionally difficult”, she eventually gave birth to fraternal twin boys they named Nelson (after democracy icon Nelson Mandela) and Eddy (after Celine’s favorite songwriter and producer Eddy Marnay who passed away in 2003). Here’s the happy couple and the new kids on the block on the cover of Hello Magazine Canada. 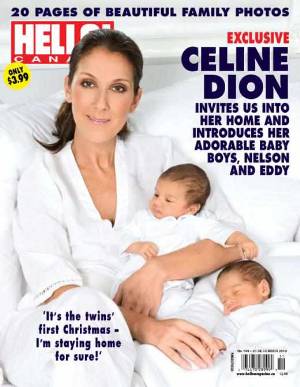 Mariah Carey and Nick Cannon. Singing superstar Mariah Carey apparently also had a challenging time conceiving. She underwent hormone treatment to minimize the chance of miscarriage. She told Barbara Walters in an interview: “The main thing I did that was tough, was to go on progesterone like every month… and then when I was pregnant, I had to stay with the progesterone for 10 weeks. It minimizes the chance of miscarriage by 50 percent.”

She also followed the advice of Celine Dion and tried acupuncture:

Celine Dion was talking about acupuncture. I never thought of it with regards to the trying to conceive situation. I was getting acupuncture like once a day at least.

Like Celine, Mariah gave birth to twins. Check out the baby boys, Morocco and Monroe, and their proud and loving parents below: 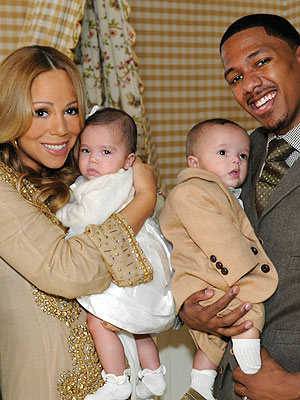 Jane Seymour and James Keach. Jane Seymour, star of the iconic television show Dr Quinn: Medicine Woman, had a series of miscarriages after the couple decided to add to their children from previous relationships. She says (via Daily Mail):

“When things didn’t work out, and when I lost pregnancies, especially when I lost one on television, that was pretty hard. We tried everything – all the pills and all of the different shots. There were times when James and I said, ‘That’s it. There’s just no point’.”

Eventually, fertility treatment was successful and Seymour became pregnant with twins, John and Kristopher. The boys were named after Johnny Cash and Christopher Reeve who were family friends of the Seymours/Keaches. Here’s Jane and the twins playing computer games. 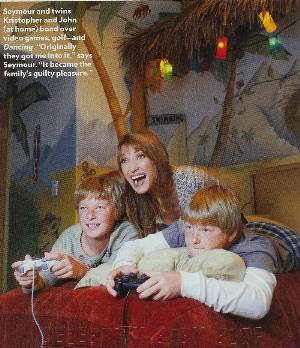 Helena Bonham Carter and Tim Burton. When Helena and Tim decided to add another kid to their only son, they tried several ways to help them conceive — a fertility drug called Clomid but which had bad side effects so Helena stopped using it, acupuncture, and Tui Na a form of Chinese massage — but these did not work. They were considering in-vitro fertilization but they found out that, miracle of miracles, she actually got pregnant the normal way. So unlike the other kids mentioned, Helena’s newborn – a baby girl they named Nell – is actually a product of natural conception. Check out proud parents Helena and Tim with baby girl Nell and big her brother, Billy Raymond. 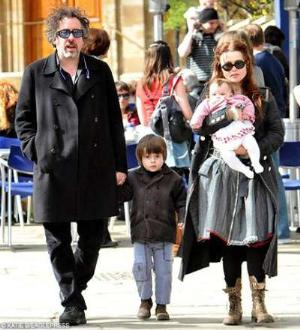 Martie and Gareth Maguire. All the three daughters of Martie (of the Dixie Chicks) and Gareth were conceived via IVF. The first two — fraternal twins Eva Ruth and Kathleen ‘Katie’ Emilie — were born in 2004 while the third one, Harper Rosie, was born four years later in 2008.

In an interview with People Magazine, Martie talked about the challenges the techniques they tried:

We spent three years of active tryingbefore we went to IVF. First I went on Clomid. Then I had some dyetests and found I had a collapsed tube, so I had laparoscopic surgery;the tube wasn’t blocked, just spasming.

We did three IUIs [intrauterineinsemination], and then decided it wasn’t worth doing a fourth, and we’d go on to in vitro fertilization.

IVF, turned out to be the right way for them.

Emily and Charlie Robison. Like her older sister and fellow Dixie Chicks Martie, Emily Robison, also had a challenging time conceiving so she and then husband Charlie went the IVF route. Three kids were born to the couple with the help of in-vitro fertilization — Charles Augustus in 2002 and fraternal twins Julianna Tex and Henry Benjamin in 2005.