Appendectomy is a surgical procedure to remove an inflamed appendix. It can be done either through laparotomy (which involves a large incision through the abdominal wall) or laparoscopy where the incision is small but the surgery is aided by a camera (laparoscope).

Here are some celebrities who had appendectomies.

Suze Orman. Personal finance guru Suze Orman, one of the most influential women in the world according to Forbes Magazine, had an emergency appendectomy on her 59th birthday. Says a spokesperson for CNBC (where her very popular The Suze Orman Show is aired): “Suze went to Chicago to celebrate her birthday and didn’t expect to leave her appendix behind. Northwestern Hospital took great care of her. It was a great team of doctors and a successful surgery. She will be recuperating in Florida.” 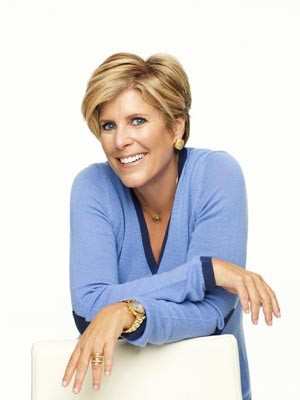 Suze recovered pretty well from her appendectomy and went on to deny the reckless consumption dreams of people who are clueless about money management. Hehe. How are you, girlfriend?

She had an appendectomy yesterday and Tweeted from the recovery room that she was “Feeling a little better but very sore. Thank you so much for your thoughts & prayers. It means so much & it’s so powerful.”

Sparks followed up the Tweet by posting a photo of herself, clutching two teddy bears, in the hospital. “Smiling, resting & takin it easy!” she wrote.

Zac Efron. In January 2008, Zac Efron underwent an emergency surgery at the Cedars-Sinai Medical Center in Los Angeles to remove an infected appendix. 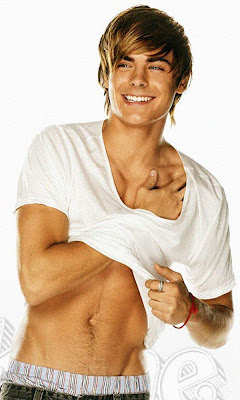 Not surprisingly, celebrity-watchers spent a significant amount of their time perusing Zac’s shirtless photos to spot his appendectomy scar. He must have had a laparoscopic surgery because we still haven’t come across any picture that shows any scarring on his abdominal area.

[Update: Celebitchy reports that Zac is using emu oil to “erase” his surgical scar. Says a source: “Zac applies emu oil daily to a scar he got from his appendectomy earlier this year. He can’t handle having imperfect abs and the oil, which is made from the bird’s fat is said to fade scars. It is already working.”

We doubt the credibility and truthfulness of the unnamed source above as well as the efficacy of emu oil in erasing scars but that’s Hollywood gossip for you.]

Bret Michaels. Before he had a heart surgery which we mentioned in an earlier post [see: Celebrities Who Had Open Heart Surgery], this rocker-turned-reality-TV-star had to be rushed to the emergency room. Reports US Magazine:

He’d been suffering all day from severe stomach pains and what he thought was the flu. Doctors arrived at a diagnosis of acute appendicitis after a CAT scan and Michaels underwent surgery at 1 a.m.

He blogged about his health scare after the surgery and wrote this: “About 10 minutes before show time doctors got on the [tour] bus and said, ‘Bret we really don’t think this is the flu’. After the fact, [doctors] told me that if I had gone onstage like I wanted to, it likely would have ruptured and I could have died. Not good.”

Ashley Judd. Another celebrity who survived an acute appendicitis attack is talented American actress Ashley Judd. Says a source privy to the incident which happened during the filming of the 2009 film, Helen: “The actress was filming the new movie when she had the attack and collapsed on the set. She was immediately admitted to the same hospital where she was filming and received emergency surgery. Luckily, the cast and crew were filming at a real hospital, so when paramedics arrived, they simply put Ashley on a stretcher and wheeled her into an operating room nearby.”

Dannii Minogue. In 2011, TV personality Ashley Judd was rushed to a West London hospital because of crippling stomach pains. Her spokesperson revealed that she was diagnosed with acute appendicitis and had an emergency operation.

Matt Cassel. The football quarterback for the Kansas City Chiefs underwent appendectomy in December 2010. He recovered pretty nicely and went on to kick some football butts. 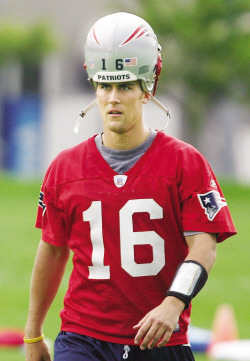 Other celebrities named in news reports to have undergone appendectomy are: step brothers Robert Kardashian (Keeping Up With the Kardashians and Dancing With the Stars) and Brody Jenner (The Hills and Bromance), Jack Osbourne (of The Osbournes), and television host Nate Berkus (The Nate Berkus Show).