BPA Baby Bottles: Bisphenol A Increases Cancer Risk? The use of baby bottles with chemical bisphenol A (BPA) raises the odds that a bottle-fed infant may develop prostate cancer in later life, American researchers warned the public recently.

According to the Daily Mail, “the American researchers showed that giving newborn rats the chemical raised their odds of developing cellular damage that can lead to prostate cancer in later life. Both mouth drops and injections were equally damaging.”

“These findings on prostate health are directly relevant to humans at current bisphenol A exposure levels,” writes University of Illinois researcher Gail Prins in the journal Reproductive Toxicology. “These findings support the proposal that exposures to bisphenol a during foetal and neonatal life may increase the risk of carcinogenic events during adult life and in the human population,” she adds. 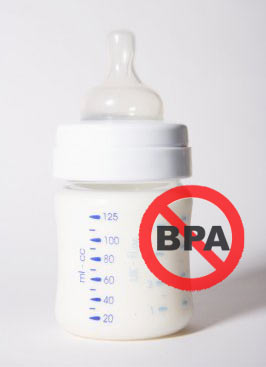 This new research raises fresh concerns about BPA which is also found in CD cases, tin can linings, sunglasses, plastic knives and forks, mobile phones and dental sealants. Earlier, the Food Standards Agency stated that bisphenol A does not carry a risk.

Despite this recent finding, the Prostate Cancer Charity is urging people not to be overly alarmed, stating that bisphenol A breaks down much more quickly in the human body than in a rat.

Dr Kate Holmes, of the charity, said: ‘This is a field of research that remains highly controversial. Bisphenol A is still considered to be a safe product for use by the food industry and the exposure of humans to this product is considered to be minimal.

‘The message to any man wishing to take control of his overall health is clear – a diet rich in fruit and vegetables combined with a physically active lifestyle gives you the best chance of protecting your long-term health. Moving away from a diet rich in meat and saturated fat will improve overall health and reduce the risk of chronic conditions like heart disease, as well as possibly helping to prevent prostate cancer.’