An access point, or hotspot, has a range of about 20 meters (65 feet) indoors and a greater range outdoors. Multiple overlapping access points are used to cover areas as large as many square kilometers.

To allow wireless connections, Wi-Fi devices must be equipped with antennas that transmit and receive radio waves. Devices operate in certain frequency bands near 2.4 and five gigahertz (GHz).

Wireless technology relies on an extensive network of fixed antennas, or base stations, relaying information with radiofrequency (RF) signals. There are over 1.4 million base stations in the world today, and the number is increasing with the introduction of third generation technology.

Next to cell phones, Wi-Fi is today the second most common form of wireless technology. Widely used in schools, offices, coffee shops, homes as well as countless other locations across the world, its use is spreading.

Today, over 700 million people use Wi-Fi . There are over four million hotspots around the world and about 800 million new Wi-Fi devices are sold every year.

But as the numbers of Wi-Fi devices, base stations and local wireless networks increase, so does the exposure of people to RF signals.

People using Wi-Fi, or those close to Wi-Fi equipment, are exposed to the radio signals it emits and some of the transmitted energy in the signals is absorbed in their bodies.

International health agencies — the World Health Organization, the United States Center for Disease and Control, Health Canada, the European Environmental Agency and the United Kingdom’s Health Protection Agency — say the radiofrequency energy emitted from Wi-Fi equipment is extremely low and does not cause any health problems.

Despite growing concern over the health effects of Wi-Fi use and low-level but long-term exposure to RF energy, these health agencies say that currently, there is still no consistent evidence to show that exposure to radio signals from Wi-Fi and WLANs is dangerous.

The signals are very low power, typically 0.1 watt (100 milliwatts), in both computers and routers (access point). This is well below safety limits developed by the International Commission on Non-Ionizing Radiation Protection (ICNIRP, 1998) and the Institute of Electrical and Electronic Engineers (IEEE, 2005).

The RF exposure from base stations are only 0.002 percent to two percent of international safety levels, WHO says. 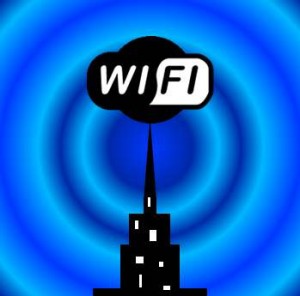 This is also lower or comparable to RF exposure from radio or television broadcast transmitters, and lower than those from mobile phones.

People, in fact, routinely absorb up to five times more signals from FM radio and TV than from base stations, WHO says.

This is because of their lower frequency—frequencies used in FM radio are around 100 MHz and in TV broadcasting these are around 300 to 400 MHz, while those used in mobile telephony are 900 MHz and 1800 MHz—and because a person’s height makes the body an efficient receiving antenna.

Radio and TV broadcast stations have been operating over the past 50 or more years and no adverse health consequence have since been reported, WHO notes.

According to WHO, as long as exposure is below established limits, Wi-Fi is not dangerous to people.

WHO also says that the studies published over the past 15 years have not provided enough evidence to say that RF exposure from the transmitters increases the risk of cancer.

Long-term studies on animals have also been unable to establish an increased risk of cancer from exposure to RF fields—even at levels that are much higher than that produced by base stations and wireless networks.

Despites some studies that link exposure to RF fields from mobile phones and Wi-Fi devices to health problems such as altered sleep, cardiovascular function, brain wave pattern, cognition and behavior, WHO says that all in all, studies—both on animals and people—have not provided consistent evidence to establish this link.

In fact, RF exposures used in studies that showed no health effects were about 1,000 times higher than those associated with general public exposure from base stations or wireless networks.

EMF sufferers report non-specific symptoms upon exposure to RF fields emitted from base stations and other EMF devices.

However, WHO notes that the only health effect from RF fields identified in scientific reviews has been related to a 1 °C increase in body temperature from exposure at very high field intensity found only in certain industrial facilities like RF heaters.

In 2007. Professor Henry Lai of the Washington State University told BBC that the 2,000-3,000 studies carried out over the last 30 years on Wi-Fi and RF waves are split 50-50, with half finding health risks and half finding no effects at all.