Patient Bar Codes in the UK: Good or Bad? Useful or Scary? It may seem like a scene straight out of sci-fi movie, but yes, all patients in the United Kingdom will be processed with barcodes by 2013.

The National Health Service announced this week that patients in all four publicly funded health care systems across the U.K. will be given barcoded wristbands. Like product barcodes, these will be read by handheld scanners.

The nationwide barcoding system is meant to cut down the risk of patients being mistaken for someone else or of being given the wrong medication—mix-ups that are common in clinics and hospitals throughout the world.

The Information Standards Board (ISB) for Health and Social Care is requiring all NHS trusts to begin using the barcodes to cut down on the number of these avoidable errors.

Studies show that administrative errors are reduced by 42 percent when barcode systems are implemented, says Franck Riout of Zebra Technologies, which is making the barcoding system for NHS trusts.

Patients and advocates have praised the scheme.

Peter Walsh, chief executive of the campaign group Action Against Medical Accidents, said: “It’s a good move. Patient misidentification is a recurring problem and there is a need for more consistency with wristbands across the NHS.”

The barcode system is being administered by ISB in all four publicly funded health care systems across the UK: NHS Scotland, NHS Wales, the Health and Social Care (HSC) in Northern Ireland and the National Health Service in England.

By next April all trusts have must present plans on how they will implement the scheme. Meanwhile, patients will issue barcode wristbands beginning October next year.

Katherine Murphy, its chief executive, said that this “could improve patient safety by making sure that mistakes do not happen.”

However, she expressed concern that patients could end up feeling like they were being treated like products rather than as people.

“Looking for new and innovative ways to improve patient safety should be top priority for all healthcare providers,” she told the Telegraph on Dec. 2. “However, care must be taken to ensure they do not become a barrier to communication with patients.”

“Healthcare professionals using these barcoded wristbands should make sure that they make every effort to talk to the patient and treat them with the respect that all people deserve.” 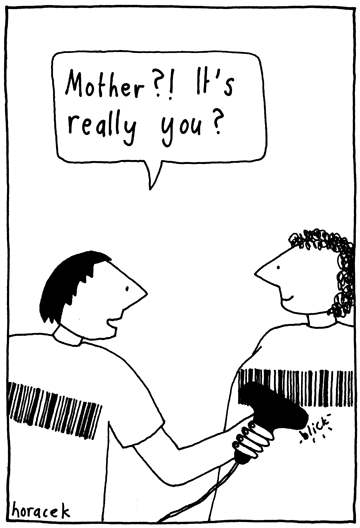 Originally proposed by the Department of Health and the National Patient Safety Authority in 2007, the project has been postponed several times. The original deadline set by the ISB was July 2011.

A barcode is an optical machine-readable image that shows data about the object—or person—to which it is attached. Today, barcodes are found in practically all products and grocery items.

In the healthcare setting, barcodes can allow for large amounts of data to be organized and accessed quickly.

Barcodes are increasingly being used in hospitals to identify patients and to access patient data, including medical history, drug allergies and other important information needed for the patients’ treatment.