Vitamin E Side Effects: Does it Increase the Risk of Stroke? There’s some good news and bad news for those of you who are taking vitamin E? The bad news is that it can increase your risk of suffering from haemorrhagic stroke or bleeding in the brain. And the good news? The same vitamin can reduce your risk of having ischaemic stroke or that kind of stroke where a blood clot prevents blood from reaching your brain.

Researchers from the Harvard Medical School (Boston) and INSERM (Paris) arrived at the above findings after analyzing data from nine previous trials which covered nearly 119,000 people. The study, recently published in the British Medical Journal, found that vitamin E ups the risk of extra haemorrhagic strokes by 22% but, on the other hand, it lowers the risk of ischaemic strokes by 10%.

Ischaemic stroke is the most common kind of stroke as it accounts for 70% of stroke cases. Haemorrhagic stroke, meanwhile, is the least common. 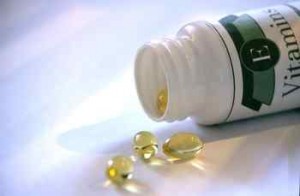 Moreover, they add that if you want to cut your risk of having ischaemic stroke, maintaining low blood pressure and low cholesterol via a healthy lifestyle is a much more effective than simply taking vitamin E.

Reacting to the study, Dr Peter Coleman of The Stroke Association, had this to say: This is a very interesting study that shows that the risk of haemorrhagic stroke can be slightly increased by high levels of orally taken Vitamin E, although what is a high level has not clearly been ascertained.

“More research is required to discover the mechanism of action and the level at which Vitamin E can become harmful. We urge people to maintain a lifestyle of a balanced diet, regular exercise and monitoring their blood pressure to reduce their risk of a stroke but would be very interested in seeing further research into this study.”

Vitamin E Side Effects: Does it Increase the Risk of Stroke? Posted 20 November 2010.