Bad Health Effects of Candle Smoke Emissions: Cancer, Asthma, Allergies. Burning paraffin-based candles to light up your dinners may be romantic but a study suggests that doing it often and in an unventilated space can be dangerous to your health. The study, by researchers from the South Carolina State University, found that regular use of paraffin candles in unventilated rooms can cause allergies, asthma and even cancer.

During the study, the researchers burned paraffin-candles – the most common and cheapest kind of candle wax – in a small chamber for around five hours. The chemicals released by the candle were soaked up by charcoal which, when analyzed using a spectrogram, was found to contain toluene and benzene. Toluene can cause dizziness while benzene is a carcinogen which is also found in tobacco smoke.

Tests on candles made from beeswax and soy did not emit the same hazardous chemicals. Says study co-author Dr. Amid Hamidi (via the Telegraph) about the different results: “Although more expensive, apparently [they, i.e., beeswax and soy candles – editor] are healthier. They do not release potentially harmful amounts of indoor air pollutants while retaining all of the warmth, ambience and fragrance of paraffin candles (which are made from petroleum).”

He adds: “An occasional paraffin candle and its emissions will not likely affect you. But lighting many paraffin candles every day for years or lighting them frequently in an unventilated bathroom around a tub, for example, may cause problems.” 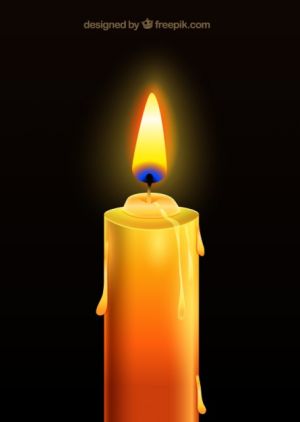 Reacting to the findings, Dr. Noemi Eiser, Honorary Medical Director of British Lung Foundation had this to say: “We would like to reassure people that occasional use of paraffin candles should not pose any risk to their lung health. However we would advise people to take sensible precautions when burning candles, such as opening a window to keep the room ventilated to minimise the amount of emissions breathed in.”

The findings were released during the American Chemical Society annual conference.

For more cancer-related stories, check out our post on men with breast cancer, the life-prolonging effect of the Abiraterone prostate cancer drug, and the increasing rate of rectal cancer among young people.