A drug based on Vitamin A, the vitamin found in carrots, shows promising results in preventing the loss of eye sight due to old age.

The drug Fenretinide was able to stop the advance of dry age-related macular degeneration during the preliminary clinical trial, researchers announced.

During the trial, almost 250 men and women with dry AMD took a Fenretinide pill a day or a placebo. Results show that in the highest dose, the drug has halted visual deterioration after a year.

Researcher Dr. Jason Slakter from New York University School of Medicine said there is no effective treatment to dry AMD in the present and that their study was not designed to give a final answer to AMD problems.

“It was designed to see if there was a biological effect and if the drug was working in the way we’d expect and to find out if it was well tolerated by patents,” Dr. Slakter told the Daily Mail. 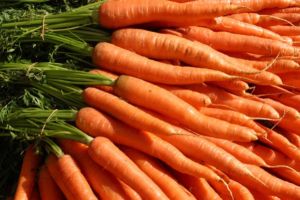 Larger trials are planned to be conducted end of next year. With the promising result, the drug is being viewed to be available in market by 2015.

Fenretinide is also being used to treat cancers and rheumatoid arthritis. If it would be developed to treat dry AMD, this would permit older people to read, drive and watch TV despite of their old age.

AMD is caused by deterioration and death of cells in the macula which is a part of the retina that we use to see straight ahead.