As we usually do here at Health Care Zone, we’d like to focus on the side effects of this newly approved drug and this is what the FDA says about the matter: “The most frequent adverse reactions reported by patients taking Viibryd in clinical trials included diarrhea, nausea, vomiting, and insomnia… Viibryd and all other antidepressant drugs have a boxed warning and a patient medication guide describing the increased risk of suicidal thinking and behavior in children, adolescents, and young adults ages 18 to 24 during initial treatment.”

Viibryd, manufactured by PGxHealth in New Haven, Connecticut, will be made available in 10, 20 and 40 milligram tablets.

An advantage of Viibryd over other anti-depression drugs is that it reportedly does not reduce one’s sexual desire. Nice, no? Who says you have to give up sex while getting rid of your depression – they’re not mutually exclusive after all. 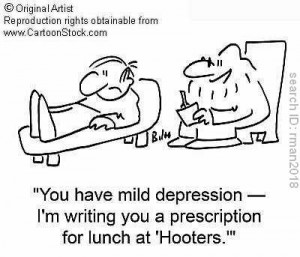 Another advantage? Unlike other drugs, Viibryd reportedly does not result in weight gain. Reuters reports: In clinical trials, vilazodone use did not cause significant weight gain or the negative impact on sexual desire or function seen with many other antidepressants that lead many patients to abandon their medicine.

Viibryd and Weight Gain: One of the most often googled questions asked by our visitors is whether Viibryd causes weight gain.

According to the Daily Med, an information source maintained by the U.S. National Library of Medicine which is operated by the National Institutes of Health, weight gain is not among the adverse side effects noted when the drug was placed under a placebo controlled study. From Daily Med:

Serious Viibryd Side Effects: Having said that, Viibryd does have other side effects we should be aware of. We mentioned in our earlier post that the drug’s most common adverse effects are diarrhea, nausea, vomiting, and insomnia. Moreover, like other anti-depressant medicines, Viibryd may cause serious side effects which the FDA lists as follows:

1. Suicidal thoughts or actions especially among some “children, teenagers, or young adults within the first few months of treatment or when the dose is changed”.

3. Abnormal bleeding. Viibryd increases the risk of bleeding or bruising especially for those who take the blood thinner warfarin (Coumadin®, Jantoven®), a non-steroidal anti-inflammatory drug (NSAID), or aspirin.

6. Low salt levels in the blood especially among the elderly. Symptoms may include headache, weakness or feeling unsteady, confusion, problems concentrating or thinking or memory problems

If you have any of the above serious Viibryd side effects, you should call your healthcare provider right away.

For other mental health related posts, check out our earlier entry on the side effects of Latuda anti-schizophrenic drug, the alleged ineffectiveness of the anti-depressant drug Reboxetine, and this entry on whether good cholesterol can prevent Alzheimers disease.