Teen Breast Cancer: Booze raises risk in teenage girls with breast cancer family history: At the exact time when many teenage girls are most tempted to play “bad girl” and engage in binge drinking—that’s precisely when the main window of opportunity for breast cancer prevention occurs. New research shows that adolescent girls who avoid or limit their alcoholic intake significantly lower their chances of developing breast cancer later in their lives.

Girls and young women with a family history of breast disease in particular—either cancer or the benign lesions that can become cancer—would be better off avoiding booze, or at least limiting the amount they drink, the study says.

A new study from the Washington University School of Medicine and the Siteman Cancer Center suggests that such girls have a higher risk of developing benign breast disease—a known risk factors for breast cancer—as young women than other girls. And unlike girls without a family breast disease history, this already-elevated risk rises with increasing alcohol consumption.

Some of these cases of benign disease will eventually become cancerous. But the study can’t predict which of these young women will be diagnosed with cancer in future decades and other health experts point out that only a small fraction of benign growths eventually becomes malignant.

“The more you drink, the higher your risk,” says epidemiologist Graham Colditz, the study’s senior author told the Globe and Mail. Colditz is Niess-Gain Professor of Surgery and associate director for prevention and control at Siteman. 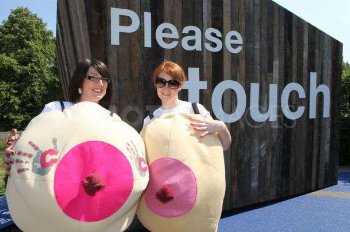 “The most common question we hear from women with a family history of breast disease is, ‘How can we prevent breast cancer in our daughters?’” Colditz noted. He said the study, which was published in the online journal Cancer in November 2011, “points to a strategy to lower risk — or avoid increasing risk — by limiting alcohol intake.”

The longitudinal study, the first to look at the links between early alcohol consumption and breast disease, spans 15 years.

It was started in 1996, among than 9,000 girls between the ages of nine and 15. In the years that followed, researchers kept in touch with the girls and asked them to complete a series of questionnaires that tracked their height, weight, age of first menstrual cycle, family medical history, alcohol consumption and other factors associated with increased odds of developing breast cancer.

In 2005 and 2007, when the participants were between the ages of 18 and 27, they were asked if they had been diagnosed with benign breast disease typified by lumps, pain and lesions.

As expected, young women whose mothers or aunts had breast cancer were more than twice as likely to be diagnosed with benign breast disease compared to those with no family history.

The researchers then took drinking habits into account and found that alcohol use raised the chances that a young girl with a family history of breast disease would have benign lesions.

The more alcohol the girls consumed, the more likely they were to develop benign breast disease, often a precursor to breast cancer.

“These benign lesions are the first signs of abnormal growth. It’s a real marker that cells are behaving badly,” said Dr. Colditz, adding that “among young women with a family history, we can see those who didn’t drink had a substantially lower risk of benign lesions than those who did drink.”

Depending on history, risk factors differ
One unexplained finding of the study is that alcohol consumption by young women with no family history of breast disease did not seem to raise the risk of benign breast lesions. Instead, their risk appeared to be related to other factors like increased body mass index in childhood, waist circumference in adolescence and height in adulthood.

These findings suggest that risk factors differ between those women with a family history of breast cancer and those without.

“And some data point to faster growth spurts leading to a higher risk of subsequent cancer. Obviously, that’s not something we can control. But if we can understand what is going on in terms of hormones and processes in the body and the role of physical activity and diet, we may be able to modify some of that accumulation of breast cancer risk through the early years,” the epidemiologist said.

“To me, these results sharpen the focus on the need to address prevention in the adolescent years.”

Dr. Colditz notes that previous studies have shown that breast cells are especially vulnerable to carcinogens when they are dividing and growing during the teen years and early adulthood, he notes.