Vaginal Mesh Implants: Safety and Side Effects Study Ordered by FDA. If you’re a woman and you suffer from urinary incontinence, take heed. The United States Food and Drug Administration recently issued an order requiring makers of implantable surgical mesh used to treat urinary incontinence in women to study the rates of organ damage and complications linked to vaginal mesh implants.

U.S. regulators were responding to reports by patient advocates claiming the devices have caused infections, pain other complications and even serious injuries in women.

On January 4, the FDA wrote Johnson & Johnson (JNJ), C.R. Bard Inc. (BCR) and 31 other manufacturers, ordering them to conduct three years of trials on the safety and effectiveness of the vaginal mesh products, Dr. William Maisel, the chief scientist of the F.D.A. division that oversees medical devices, told Bloomberg.

The letters ask each manufacturer to collect data on the results and potential complications of these procedures, Bloomberg reported.

In 2008, the FDA issued a warning that the use of surgical mesh was associated with complications but said at the time that such problems were rare.

But in July 2011, an FDA report found that from 2008 to 2010 deaths, injuries or malfunctions linked to the products increased by fivefold, and in September, an FDA advisory panel recommended that the agency require new studies.

Female incontinence is often caused by pelvic organ prolapse, in which muscles supporting the internal organs including the bladder weakens, allowing it to descend and press against the vaginal wall. Or it may be caused by stress urinary incontinence, also brought by the weakening of muscles.

In 2010, almost 300,000 synthetic meshes were implanted in American women in 2010 to treat incontinence or shore up pelvic muscles, the FDA estimates. In a transvaginal procedure, the hammock-like meshes are threaded in place through an incision in the vagina.

But studies found that the edges of mesh fibers can constrict or cut into internal organs after they’ve been implanted.

The procedure is also prone to infection because the vagina through which the devices are inserted isn’t a sterile environment, Clifford Wheeless, an emeritus associate gynecology professor at Johns Hopkins University School of Medicine told Bloomberg in 2010.

In its July report, the FDA also said it wasn’t clear from available studies whether the mesh provided a benefit over older methods, in which a patient’s own ligaments are used to strengthen the vaginal wall.

Currently, there are more than 650 lawsuits against manufacturers for injuries allegedly caused by the failures of the mesh and reports of these injuries have spurred the FDA to review its 510(k) program that cleared the products for sale without human testing.

Last year, the FDA made a similar ruling, ordering producers of all-metal artificial hips to undertake patient studies. The hips and mesh products belong to a class of implantable devices that manufacturers do not have to study in patients before they are marketed or closely follow in patients afterward, the New York Times reported.

Under the FDA’s 510(k) system, such devices are allowed to go to market without human testing if the agency decides they’re similar to devices already for sale.

“Now these companies are going to have to tell the truth,” said Lana Keeton, a mesh recipient and patient advocate from Austin, Texas. Companies say their implants are safe but “up until now, there’s been no data,” she said. “It’s all been marketing.”

According to Bloomberg, the FDA letters covered only devices already on the market and Amy Allina, a policy director at the National Women’s Health Network in Washington said that consumer groups want the action to be just a first step toward requiring studies before the products can reach the market. 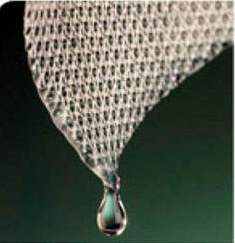 “It would have been better if the products that had hurt women had never gone out in the first place,” she told Bloomberg in a telephone interview. “But now that they’re out there, we’re encouraged to see the FDA doing the right thing and requiring the companies to provide more information.”

In 2010, about 185,000 women underwent procedures in which mesh was implanted vaginally to treat urinary incontinence, according to the Times.

That same year, a study showed that about 15 percent of the women treated with vaginal mesh experienced potential complications and concluded that the mesh did not provide greater benefits than the traditional surgical treatment. The study was published in the journal Obstetrics and Gynecology.

Dr. Maisel emphasized that the order Wednesday did not cover all uses of surgical mesh to treat incontinence. He added that the safety of such devices when surgically implanted through the abdomen was “well established.”

But the FDA hasn’t made a decision yet, Maisel told the Times. The agency isn’t likely to heed the call of some patient advocates for a complete recall, he also said.

“There’s strong support in the clinical community that mesh serves a role for certain patients,” Maisel said. “Our goal is not to completely remove these products from the market.”

According to the Times, a C.R. Bard executives estimated 2010 worldwide sales of prolapse mesh to be about $175 million and $295 million for incontinence treatments. Even for the top sellers, the products make up only about one percent to two percent of sales, said Michael Matson, a Mizuho Securities USA analyst in New York.

Over the last year, the F.D.A. has increasingly used its authority to order manufacturers to conduct emergency studies.

But how can this procedure effectively prevent patient injuries when the device has been on the market for years and has been implanted in hundreds of thousands of patients, the Times pointed out.

On its website, the FDA said it continues to assess the safety and effectiveness of urogynecologic surgical mesh devices, through:

What Happens when PIP Breast Implant Break?
Do Birth Control Pills Make You Fat?
Flibanserin: Side Effects of Female Viagra