‘Smoker’s cough’ drug succeeds in late-stage trials, Novartis says. Four more trials will be completed this year, to prepare for United States Food and Drug Administration approval, as well as that of European and Japanese drug regulators.

Caused mainly by tobacco smoking, air pollution or job exposure to lung hazards, chronic obstructive pulmonary disease (COPD) — known commonly as smoker’s cough — is painful and debilitating. It forces its sufferers to cough most of the time, to take painful breaths, and to fall into debilitating bouts of breathlessness.

Chronic bronchitis and emphysema — over-inflation of the air sacs or alveoli in the lungs — are common symptoms that progress slowly and in time, lead to an irreversible loss of lung function. Around three-fourths of patients with advanced COPD are unable to perform normal everyday activities — and a good number of them go on to die when their lungs collapse.

According to National Institutes of Health, more than 12 million Americans are diagnosed with COPD, and another 12 million probably have it but don’t know. Across the world, about 210 million people have COPD. Every year, COPD claims the lives of 120,000 Americans.

A 2011 study in the journal BMC Public Health revealed the actual impact of COPD on global productivity. It showed that while the ailment is often thought of as a disease of the elderly, a half of all COPD patients are within the ages of 50 and 65 — at the ages when they are likely at the peak of their earning power and family responsibilities.

Because tobacco smoking and other forms of consumption is the main cause of COPD, the prevalence of the disease will increase over the next 20 years in the U.S. and Europe, but it’s expected to plateau after that. But in Japan, China and other parts of Asia, where almost half of all men smoke and smoking rates continue to rise, COPD is expected to keep increasing for more than 40 years.

Experimental COPD drug meets goals
Fortunately, a new experimental treatment for patients with COPD has met the main goals of three late- stage clinical trials, its maker Swiss pharmaceutical Novartis announced on April 2. This means that it’s closer to being approved by drug regulators in the U.S., Canada, Europe, Japan and across the world.

The new medication, QVA149, is a combo drug that mixes two older Novartis lung drugs:
• The long-acting beta2-agonist (LABA) sold as Arcapta Neohaler — chemically known as indacaterol and sold in Europe as Onbrez Breezhaler
• The long-acting muscarinic antagonist (LAMA) sold as Seebri Breezhaler (NVA237) — chemically known as glycopyrronium bromide
Both drugs have been approved in some countries for COPD.

QVA149 contains 110 mcg of indacaterol and 50 mcg of glycopyrronium bromide and is inhaled once a day.

The first trial — called SHINE — showed that a once daily dose of QVA149 was better than the equivalent dose of Onbrez and NVA237 taken individually. This trial was a 26-week, multicenter, randomized, double-blind, parallel-group, placebo and active controlled pivotal trial of 2,144 patients with moderate to severe COPD.

A second trial — named BRIGHT — showed patients taking QVA149 had exercise endurance that was a significantly better than those taking a placebo. This was a smaller study of 85 patients with moderate or severe COPD. BRIGHT was a three-week, randomized, blinded, double-dummy, multi-center, placebo controlled, three-period crossover pivotal trial.

A third trial — called ENLIGHTEN — showed that QVA149 was well tolerated and that the drug had a safety and tolerability profile similar to placebo. This trial was a 52-week, multicenter, randomized, double-blind, parallel-group, placebo controlled pivotal trial of 339 patients with moderate or severe COPD.

These three trials are part of a program that involves a total of 10 trials — altogether dubbed IGNITE — that Novartis plans to use to apply for regulatory approval in Europe, Japan and the U.S. The drugmaker expects to complete four more studies — on top of the three already finished — within this year. 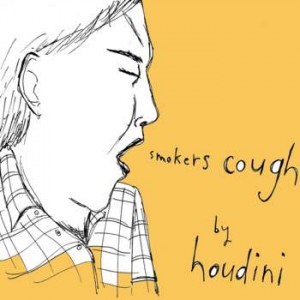 Largest global COPD trials ever
IGNITE is one of the largest international patient registration programs in COPD. All in all, the 10-trial program is designed to investigate the efficacy, safety and tolerability of QVA149 — as well as its effect on lung function, exercise endurance, its side effects, particularly on dyspnea and impact on overall quality of life. The first seven studies — SHINE, BRIGHT ENLIGHTEN, SPARK, BLAZE, ARISE, ILLUMINATE — involve more than 5,700 patients across 42 countries. ILLUMINATE is a head-to-head trial of QVA149 versus GlaxoSmithKline’s COPD drug, Seretide.

If the IGNITE program succeeds, it will give the Swiss drug company’s respiratory pipeline a boost, allowing Novartis to take on market leader GlaxoSmithKline in the respiratory drug market.

“Meeting the primary endpoints in the IGNITE Phase III clinical trial program signals significant progress in establishing the potential of QVA149, which is expected to be the third innovative medicine in our strong COPD portfolio,” said Tim Wright, Head of Development, Novartis Pharmaceuticals in a statement.

According to estimates compiled by Bloomberg, analysts predict QVA149 will garner sales of US$700 million in 2017.

“Novartis is committed to addressing the unmet needs of COPD patients and improving their quality of life by providing innovative medicines and devices,” Wright added.

Reuters reports that Basel-based group is reportedly making up for the loss of exclusivity on top-selling drugs such as blood pressure medicine Diovan by focusing increasingly on specialist drugs and pushing ahead with its respiratory offering, where it has an edge.

In October, Novartis said marketing approval for QVA149 in the U.S. would be delayed after the FDA requested more data on NVA237.