Autistic kids “bloom,” outgrow symptoms if given one-on-one early intervention. There’s good news and there’s bad news. And in between, there’s a whole new set of reasons to encourage parents of autistic children to keep plodding on.

Findings of a new study from Columbia University give parents of autistic children more hope — boosting the conventional wisdom that they should persist in making sure their kids get all the help they can need.

The study found about one in ten children diagnosed with severe autism goes on to experience rapid gains in skills — progressing from severely affected to high functioning. What’s more, by the time they turn 8 years old, this small group of autistic kids may even shed many symptoms of their disorder. Some may even grow out of their diagnosis by their teens.

That’s the good news. Even better? The study shows that it’s mainly persistent therapy that helps these autistic children “bloom” and develops their social and communication skills over time. Moreover, the study found that most autistic children don’t have intellectual disabilities — contrary to what is often assumed.

The bad news is that children of migrants and minorities in the United States — and those born to less-educated mothers are much less likely than richer white kids to fall into this “bloomer” group, the new study suggests. Findings are published online April 2 and in the May print issue of the journal Pediatrics.

The Columbia University researchers started out by wanting to track over time the development trajectories of autistic children. They thus studied the records of 6,975 children born in California between 1992 and 2001 who had been diagnosed with autism — a group that included most of the children who received that diagnosis in the state during that time period.

The kids were followed from diagnosis to age 14 or the oldest age they had reached by the time the study was concluded. Overall, the children had undergone at least four evaluations, roughly one every year, in which medical staff recorded their repetitive behaviors and their symptoms of social and communication difficulties.

What did they find?
• About one-third of the study group was considered low- to low/medium-functioning in terms of communication and social skills. This meant that they had trouble talking, interacting with others or socializing and making friends with peers.
• About 63 percent of the autistic children did not have intellectual disabilities. While autism is known to cause cognitive deficits in some children, it is also linked with certain enhanced intellectual abilities. In fact, some autistic children have extremely high IQs.
• Compared with those who started out with more severe autism, kids who had milder symptoms when they were first diagnosed tended to be doing better a few years later.
• Kids who had other intellectual disabilities along with autism weren’t likely to have very large improvements.
• The highest-functioning children tended to show the most improvement over time.
• Most improvements in autism symptoms occurred before the child turned six years old.
• When it came to social and communication scores, most kids improved over time — although some did much faster than others.
• But children’s repetitive behavior trajectories appeared to remain stable across the board.

One finding stands out: Almost 10 percent of kids — called “bloomers” by the researchers — improved especially quickly and by age 8, moved from “severely affected” to “high functioning.” And while these “bloomers” still retained some autistic symptoms — like repetitive behavior and rocking back and forth when stressed — they became able to communicate effectively, maintain friendships and social pursuits. Interestingly, IQ didn’t count: Low-functioning children without intellectual disabilities were twice as likely to “bloom” as the autistic kids who had cognitive deficits.

“It was a surprise to see how much improvement they showed — and how quickly,” says the study’s lead author Christine Fountain, a postdoctoral fellow at Columbia University. She said she and her colleagues didn’t expect to see kids jump from the low end to the high end in just a few short years.

Communication, social scales
A child at the low end of the communication scale might not be able to talk, or even to make any sounds, explains Fountain. By contrast, those at the other end of the scale “would have a broad vocabulary, understand the meaning of words and use them in appropriate contexts, understand the meaning of story plot and carry on complex conversations,” she says.

A child on the low end of the social scale would have problems interacting with others and would not be able to make friends or socialize. A child with a high social score “would initiate one-on-one interactions with both peers and others in familiar and unfamiliar settings, initiate and maintain friendships, and not need encouragement to participate in social activities,” Fountain explains.

“Bloomers” edge up toward the upper half of both those scales, she explains, adding, “That’s kind of hopeful message.” Hopeful, she says, because the chances that such huge improvements would happen increase when kids get the right kind of therapy early in life.

The new study comes just a few days after the Centers for Disease Control and Prevention released new data suggesting that one in 88 children in the United States today has an autism spectrum disorder.

Poor kids of color left behind
Probing the backgrounds of these “bloomers” to find the reasons for their success, the Columbia University researchers found that these children tended not to have any intellectual disabilities and were more likely
• To be white
• To have mothers with at least a high school education. (They didn’t have information on the fathers.)
• To come from a higher socio-economic class.

Indeed, the researchers say, after poring over the health records of the California autistic children, that success boils down to which kids had parents with more education and financial means to get them into early, intensive therapy. 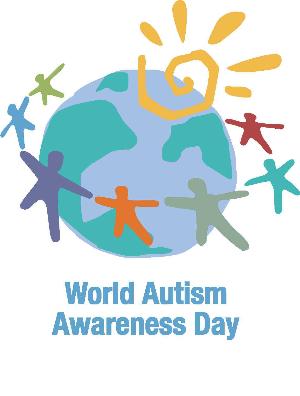 The findings don’t amaze autism expert Tamar Apelian, a staff psychologist at the autism evaluation clinic at the University of California, Los Angeles.

“Most children need about 30 to 40 hours a week of intervention,” Apelian tells CBS News. “What’s tricky is being able to navigate the system to get the therapy, especially with the state budget crisis. The parents who do this seem to have more means and they can hire an advocate or a lawyer.”

That’s where parents’ backgrounds play a key role. For one, the cost of caring for a child with autism can reach US$3.5 million to US$5 million over a lifetime, experts estimate.

“The critical finding is that when you look at those children that this study refers to as ‘bloomers’ — the children who seemed very low-functioning at the beginning and then did extremely well — they (tend not to) have any intellectual disabilities,” Dr. Rahil Briggs, assistant professor of pediatrics at Albert Einstein College of Medicine, who was not associated with the research, tells TIME Healthland.

Another “very key” factor, according to Dr. Briggs, is that the mothers of the children who bloomed tended to be more educated and not minorities.

“With developmental disorders, the earlier a child receives help, the more likely he or she is to overcome disabilities,” explains TIME magazine health writer Maia Szalavitz in a recent report on the Columbia University findings. Szalavitz’s expertise is neuroscience reporting. “Early intervention matters because the brain is remarkably vulnerable early in life, built to shape itself to the environment it initially faces,” she adds.

“The young brain is disproportionately receptive to input, whether positive or negative,” says Dr. Briggs. “That’s why young children can learn a second language easily and why early exposure to domestic violence and toxic stress are so incredibly damaging.”

Dr. Briggs goes on to say that if autistic children receive intervention before the coping mechanisms — like repetitive behaviors and extreme social withdrawal — are firmly entrenched, then their innate oversensitivity to their environment is far less likely to become or remain disabling. If these children are reached early enough, “we can actually start to change brain functioning if we provide the right kind of repetitive and focused intervention,” Briggs says. This will grant these autistic kids a chance to develop their abilities and let their gifts flourish.

That most of the “bloomers” in the California study had educated mothers who were not women of color of migrants — “this suggests that low-income immigrant or minority families may not be receiving the services and support for their children that educated, affluent parents are able to access more easily,” concludes Szalavitz.

This also reveals the social justice problem of autism, says pediatrician Dr. Claire McCarthy, writing in a blog on Huffington Post. McCarthy works at the Children’s Hospital in Boston, the pediatric teaching hospital of the Harvard Medical School.

Study author Fountain agrees. Noting that some states like California provide services to all kids with autism regardless of their ability to pay, she laments the fact that most don’t, and goes on to say that “the findings suggest that providing equal access to the best autism treatment for minority and less well-off kids will be important going forward.”

The gaps in improvement based on parents’ race and education are probably about access to good-quality treatment, according to Matson. The good news is, “those gaps are narrowing very rapidly,” he told Reuters Health, because of laws requiring insurance companies to cover intensive treatment for all autistic kids.

Creativity counts
But for Karen Melville, the mom of one of the autistic “bloomers” interviewed by Vitals on msnbc.com, money helps, but hope, persistence and creativity were also magic ingredients.

While the Melvilles were comfortably middle class, they weren’t rich enough to pay for therapy that can cost upwards of US$70,000 per year. That forced the Melvilles to become creative to get Danny what he needed: While waiting for Danny’s turn to come up on program waiting lists, the Melvilles found a student to work with him. At the same time, Danny’s dad, Michael, went back to school to get certified as a pharmacy tech so he could get a job at a university that came with benefits including a break on Danny’s therapy.

Scraping together money from a variety of sources, the Melvilles were able to get Danny into an intensive program that offered one-on-one help.

Karen narrates how it was when she first learned her son was autistic — severely so, that his doctor feared he might never even talk, much less go to school. “It was like a freight train hit,” she tells Vitals. But the Melvilles come a long way from that and five years of intensive therapy has paid off.

Danny, now age 7, is allowed to go to school next year in a mostly mainstream class that will have only three “high functioning” kids with autism. “Now when he finds something he thinks is really cool on the computer — like a humpback whale swimming — he wants to show me,” Karen tells Vitals.

Karen has this advice for parents with autism: “I can’t stress enough that people determine what it is their children need and then get on those waiting lists. Keep digging and fighting to find someone to start with. It doesn’t matter if it’s a student while you’re on the waiting list. It’s just so important to get help early.”