Nexplanon vs Implanon: Which is Better – Differences and Similarities. Our friend Pam wants an effective method of birth control. She says she’s undecided between either Nexplanon or Implanon because she isn’t sure about which one is better.

Turns out she is not the only one “debating” the choice as can be seen in the following questions we came across the internets.

She adds: “I know they are basically the same but the doctor tht created implanon created nexplanon b/c implanon had very severe affects to women. please tell me which one you would suggest for me. If it helps, im 17(although everyone is different) and ive never been on BC.” 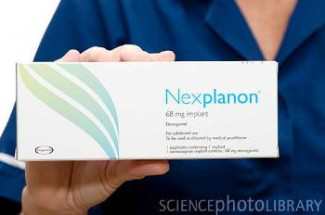 And this one is from a babygaga forum: “I have implanon right now, and i’ve had it for two years now…. i don’t have too many problems with it, except that my periods are all sorts of crazy….heavy…and long…and random… also, i’m not sure if my mood changes are a symptom from it either. SOOO….. tell me what the differences are between nexplanon vs implanon.”

Yeah, we understand why women are confused when it comes to choosing between Nexplanon vs Implanon. After all:

But the difference between the two is that insertion errors (such as placing the implant too deeply) are less likely to happen with Nexplanon because it is equipped with a preloaded applicator which is designed to reduce insertion errors. 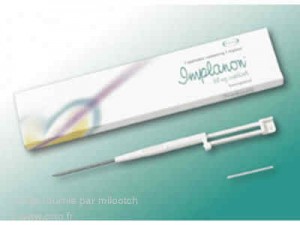 Secondly, Nexplanon is radiopaque which means that it can be seen with the help of an x-ray, computed tomography (CT scan), ultrasound scan or magnetic resonance imaging (MRI). This makes it easier for medical professionals to see whether the implant was inserted correctly.

So there! Now you know the difference between the two. It’s no contest now which one to pick between Implanon or Nexplanon, isn’t it?

More on Nexplanon vs Implanon from your comments:

Daisy: So far its being 11 months with nexplanon. The first day i had a horrible headache! And i still have headaches once a while. Ive had just spottting, and for The last 3 months ive had no period and this worries me bc I don’t want to get cancer if it continues. I’ve also had libido decresed and mood swings. And I won’t loose weight.

christi: So I have had my Nexplanon for about 2 weeks. I hate it! They told me I would have spotting, but I had random multiple daily breakthrough bleeding and massive clots…I don’t like this thing. I should have stuck with my IUD (paraguard- which I loved). I keep readying about weight gain and its freaking me out; I went through that with Depo years ago. My doctor will not take this nexplanon out because she says side effects will stop in 6 months. I am scared of the weight and this bleeding. She gave me a prescription for Apri (birth control) (Large doses daily to stop the bleeding but I have no idea what happens after this. I just kind of want it out. 🙁 Wish I would have researched more. I don’t see anything positive about this.

Kasey: I had implanon put in a while back, used my nuvaring for 3 months or so during to help regulate the bleeding. Had no side effects. Until….I quit using my nuvaring and gained a ton of weight, for me. I’ve always been around 125-130lbs or so, with Implanon, I ballooned to 145 in less than 2 months (for a 5’4″ that’s a lot of weight, went up like 2 dress sizes). Had it taken out a few months later, and shed 10 lbs in about a month. Want to tell me it was my eating habits? Don’t think so.

Skye: I’ve had Nexplanon for a year and a half now. I didn’t have any periods until recently which are worst than they’ve ever been before, and I gained a ton of weight. No matter how good I eat or how much I exercise the weight won’t go away. Though I hate the new periods the most. I am thinking of switching to implanon.

Shenell: I just got nexplanon a little under a month ago and I’ve been spotting and bleeding for 14 days now is this normal and it this how I’m going be bleeding for the next 3 years

Katie: implanon and nexplanon are round about the same thing. I received the implanon the first year I started this contraceptive. I enjoyed it! lost weight while on it, but my periods were WILD! on the nexplanon, I have gained the weight and more back and have cramped more and had more back pain. Nexplanon is actually scarier than Implanon because you never know if it is truly working if you are having periods all the time. I did not have a choice when I went in to get the nexplanon since they had replaced impalnon with it.

Nexplanon vs Implanon: Which is Better – Differences and Similarities. Posted 5 July 2012. Last updated on 14 April 2015.