Experts carrying out an ongoing study at the King’s College in London expressed alarm over the soaring rates of labiaplasty—the surgery done to make labia, or the inner lips of the vagina, smaller or more symmetrical. They warn that the surgery carries many risks in an industry that is mostly unregulated.

The number of labiaplasties in the U.K. is booming. Figures from the British Journal of Obstetrics and Gynecology show that the number of women having this operation through the UK’s National Health System in 2009 rose almost 70% from the previous year. In 2008, there were 1,118 labiaplaties, almost double the 669 in 2007 and almost three times the 404 done in 2006.

A more accurate indicator of the number of labiaplasties comes from the private clinics, as initial findings also show that women go to the NHS when seeking help for functional problems like discomfort during sex but turn to private clinics when seeking purely cosmetic changes.

Harley Medical Group, UK’s leading cosmetic surgery provider received more than 5,000 inquiries for cosmetic gynecology in 2010, 65% of which were for labial reduction, the rest for tightening and reshaping.

Both the NHS and private practitioners warned that many young women going for labiaplasties are depressed or on medication—and cosmetic surgery providers take advantage of this to sell them the procedure without first referring them to psychological care.

As a result, the King’s College is carrying out the study to find out more about the motivations of women who seek labiaplasties.

Preliminary findings also suggest that the so-called “pornification” of modern culture may be driving up surgery rates.

Dangerous Labiaplasty Risks
Meanwhile, many of the women who go for designer vaginas may not know that the procedure is risky, Professor Linda Cardozo, a gynecologist said.

As the procedure involves cutting off bits of the labia, the labiaplasty risks include permanent scarring, infections, bleeding and irritation, and even increased or decreased sensitivity if nerves are damaged in the operation, she said.

Another cosmetic surgery on the vagina that is in demand is the vaginoplasty—often touted as vaginal “rejuvenation”—where a woman, often one who’s had multiple childbirths, has her vagina tightened to enhance its sensitivity.

Reconstructing the hymen is another surgical procedure popular among women who come from cultures that value virginity.

Because these surgeries are performed under general anesthetics, they carry a small but significant mortality risk.

What’s worse, the possibility of getting injured or contracting an infection from a labiaplasty is high, as the booming industry remains largely unregulated.

“The private sector is not recorded, audited or regulated,” said Cardozo. “We have no way of knowing how many surgeries take place there. It’s possible to go on a (surgery) course for $75,000 in the US, come back with your own laser equipment and set up. At least if you have it on the NHS you have to go through your GP and that’s a gatekeeper.” 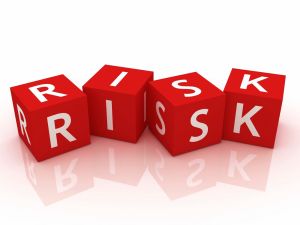 >> Post Related to Labiaplasty Risks and Complications: Silicone vs. Saline: Which is Better

Cardozo also said she was concerned that private providers could be acting irresponsibly by operating on vulnerable women in need of psychological care.

In 2003, the U.K.’s chief medical officer Sir Liam Donaldson ordered a review of cosmetic surgery, calling for clinics to be more stringently controlled, but regulation has remained loose today, a full eight years after.

One cosmetic surgeon, Angelica Kavouni, said in February that she was carrying out three labiaplasties a week, both for the NHS and for her private company, Cosmetic Solutions, where she charges £3,000 per operation.

“A lot who come to me for labiaplasty are depressed and some are on medication,” she said. “That’s a major issue, because you shouldn’t have cosmetic surgery when you are like that. It definitely needs to be investigated.”

One 22-year-old woman interviewed by the Guardian, who did not wish to be named, underwent surgery in October 2010. The size of her labia before the operation bothered her, when she was walking and often during sex. But she admits her decision to have surgery was mostly psychological.

She said that after having surgery it took more than two months for the pain to go away: “It was horrible. They didn’t explain how much it was going to hurt. I couldn’t walk for three days and I caught two infections,” the Guardian quoted her as saying.

“A lot of women who go for surgery don’t know what kind of pain they are putting themselves through. I never want to go through it again, but I’m glad I did it. It really helped my confidence.”

In an interview with CBS News on labiaplasty risks, he recounted the story of a woman whose botched surgery left her in pain and with abnormal, assymetrical labia that can only be corrected by several new surgeries.

Self-esteem
According to study partner Dr. Veale, most of the women who sought labiaplasties seemed to be under 30 and were making their decision on the mistaken impression that it would solve psychological problems including body dysmorphic disorder, a condition that causes sufferers to obsess with a part of their body.

“Most people go straight to cosmetic surgery and say they’ve got a problem with ‘down there’ and never recognize that it might be a psychological problem,” he said.

But many older women feel that there is a need for vaginal tightening operation as well as labial reduction after childbirth. Stretched vaginas take away the pleasure of intercourse, they claim.

For many of them, these operations are part of a bid to improve their intimate relationships, particularly after childbirth, Jo Revill, health editor of the Observer noted as early as eight years ago in an article, The new nose job: designer vaginas.

And with demand growing for them, there is nothing to stop the clinics from offering the risky procedure.