Kayden Stephenson: Cystic Fibrosis Among Famous People & Celebrities. If you watched the Oklahoma auditions episode of American Idol, you’d have seen Kayden Stephenson. We hope he makes it to the live rounds on Idol and that he’s crowned the shows winner this year.

Okay, maybe its too early now to be speculating on who should win but the guy can sing and is cute and charming. And he’s only sixteen years old. We want him to give that Bieber guy a run for his money.

We’re informed last night during Kayden’s audition that he is suffering from cystic fibrosis. What is cystic fibrosis? What causes it? And how is it treated?

According to the National Health Service (UK), cystic fibrosis is a “genetic condition in which the lungs and digestive system become clogged with thick sticky mucus”. 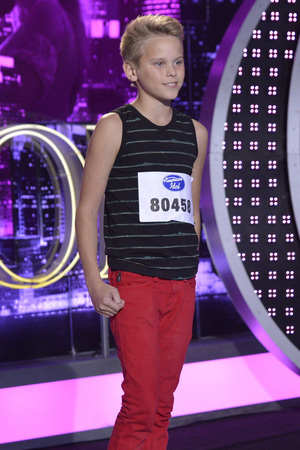 People produce mucus that lubricates and protects the linings of the airways, digestive system, reproductive system, and other organs and tissues. Among those with cystic fibrosis however, the mucus produced are thick and sticky and instead of acting as a lubricant, they clog the airways resulting in breathing problems and bacterial infections in the lungs.

Cystic fibrosis was once considered a fatal condition as children die of related complications before they reach adulthood. However, advancements in how the disease is treated has significantly improved the life expectancy of those with cystic fibrosis.

For instance, the median age for American children afflicted with the condition was only 6 months back in 1959. Now, the median age is recorded at 37.4 years. Meanwhile, the Canadian Cystic Fibrosis Foundation reports that “median survival increased from 24 years in 1982 to 47.7 in 2007”.

How is the condition treated? The National Institutes of Health lists the following possible treatment procedures for someone with cystic fibrosis:

Treatment for lung problems includes:
Antibiotics to prevent and treat lung and sinus infections. They may be taken by mouth, or given in the veins or by breathing treatments. People with cystic fibrosis may take antibiotics only when needed, or all the time. Doses are usually higher than normal.

Lung transplant is an option in some cases

Oxygen therapy may be needed as lung disease gets worse

Lung problems are also treated with aerobic exercise or other therapies to thin the mucous and make it easier to cough up out of the lungs. These include a Percussion Vest, manual chest percussion, A-capella, or TheraPEP device.

Treatment for bowel and nutritional problems may include:

Care and monitoring at home should include:
Avoiding smoke, dust, dirt, fumes, household chemicals, fireplace smoke, and mold or mildew

Clearing or bringing up mucus or secretions from the airways. This must be done one to fours times each day. Patients, families, and caregivers must learn about doing chest percussion and postural drainage to help keep the airways clear

Drinking plenty of fluids. This is particularly true for infants, children, in hot weather, when there is diarrhea or loose stools, or during extra physical activity

Celebrities With Cystic Fibrosis: Famous people who were diagnosed with cystic fibrosis include the Real World’s Frankie Abernathy who passed away in 2007 from from complications of cystic fibrosis, Australian rugby union player Nathan Charles, American writer/poet Bob Flanagan, French singer Grégory Lemarchal who passed away in 2007, British professional wrestler Andrew Simmons, and many others.