Researchers from the Vanderbilt-Ingram Cancer Center and Shanghai Center for Disease Control and Prevention adjusted for other factors that might influence women’s outcomes — including demographics, exercise, clinical characteristics and additional dietary behaviors. They still found that women who ate cruciferous vegetables during the first 36 months after they were diagnosed with breast cancer gained a reduced risk for death — either from breast cancer or from other causes. They also had a reduced risk for cancer recurrence. 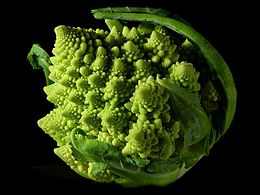 The investigators followed the progress of almost 5,000 women for around five years after they were diagnosed with breast cancer. The women were participants in the Shanghai Breast Cancer Survival Study, which investigated Chinese breast cancer survivors who had been diagnosed between 2002 and 2006 with different grades of tumor.

The study participants filled out detailed dietary questionnaires at the start of the study, 18 months into the study and 36 months later. Then, depending on how much cruciferous vegetables they ate, the researchers classified them into five groups.

What the Vanderbilt University and Chinese researchers found was this:
• During the study period, 587 women died, 496 of these from breast cancer. In 615 women, cancer recurred.
• As consumption of the cruciferous vegetables increased, the chances of dying from breast cancer fell by 22 percent to 62 percent and from all causes by 27 percent to 62 percent.
• Breast cancer recurrence risk also decreased, by between 21 percent and 35 percent
• By about five years after diagnosis, women in the top fifth group — who ate an average of about 150 grams of cruciferous vegetables a day — were 42 percent less likely to have died from breast cancer and 58 percent less likely to die from any cause compared to women in the bottom fifth — who ate less than 54 grams a day
• Women in the top fifth were also 19 percent less likely to have their breast cancer recur.
• Survival rates were influenced by vegetable consumption in a dose-response pattern. The more cruciferous vegetables women ate during the first three years after diagnosis, the lower the risk of death or cancer recurrence.

The findings, presented on April 3 at the annual meeting of the American Association for Cancer Research in Chicago, Illinois, may help about 1.5 million women who have breast cancer.

Breast cancer is the most common cancer in women worldwide and a leading cause of death in women.
The United States and United Kingdome have the highest incidence rates worldwide — together with the rest of North America and Australia/New Zealand. In these countries, breast cancer affects one in eight women during their lives. According to the American Cancer Society, in 2012, about 290,000 women in the U.S. will be diagnosed with breast cancer.

“Cruciferous vegetables, such as cauliflower, cabbage, bok choy, turnips and broccoli, contain high amounts of glucosinolates, which are hydrolyzed to bioactive compounds including isothiocyanates (ITCs) and indoles,” says Sarah Nechuta, a research fellow in Vanderbilt University’s epidemiology center and a researcher on the new study.

“These bioactive compounds have many anti-cancer properties that may influence cancer development, progression and survival,” Nechuta adds.

This isn’t the first time, however, that the cabbage family has been tied to decreased breast cancer risk. In 2008, a study in The American Journal of Clinical Nutrition — which also worked with Chinese participants — linked the consumption of cabbage and white turnips to lower breast cancer risk.

“An association has also been established with colon cancer and prostate cancer,” explains Emily Ho, an associate professor in nutrition and exercise sciences at Oregon State University. “There is pretty strong evidence from studies that compounds found in cruciferous vegetables may have cancer-fighting properties.”

But the new study is the first to look at the role that cruciferous vegetables can play after a cancer diagnosis.

Differences in Chinese, American diet
Nechuta cautions that it can’t be assumed that similar results would be achieved in the United States — because eating habits differed between China and the West, and the types of cruciferous vegetables women eat may be different than those in China.

Oregon State University’s Ho also advises caution, noting that many questions about the connection between vegetables and cancer risk remain. “There are still a lot of unanswered questions about what, exactly, is in (cruciferous vegetables) that is protective,” she says.

The underlying mechanisms of this apparent protective factor from cruciferous vegetables have not been studies — as well as the impact these vegetables may have at the tissue level, she points out.
Researchers also don’t know whether supplements could have the same potential effect as vegetables themselves seem to have, she adds.

At this point, it’s impossible to say whether the vegetables themselves — or some other factor — led to the reduced breast cancer death and recurrence risk.

But the benefits appear to be real, as many of the women had not been in the habit of eating vegetables since birth — and had reported increasing their consumption of green, leafy vegetables only after being diagnosed with breast cancer.

Dr. Nechuta agrees. The next crucial steps in the study of cruciferous vegetables’ effects on breast cancer, she says, include making direct measurements of levels of bioactive compounds.

In the meantime, Ho notes that breast cancer survivors will benefit from following fruit and vegetable consumption guidelines. Her advice echoes one by study author Nechuta: “Breast cancer survivors can follow the general nutritional guidelines of eating vegetables daily and may consider increasing intake of cruciferous vegetables, such as greens, cabbage, cauliflower and broccoli, as part of a healthy diet,” says Nechuta in a statement.

The American Cancer Society recommends that people consume at least two and a half cups of fruits and vegetables per day to lower cancer risk. Those foods with the most color — which are dark green, red, yellow and orange — provide the most nutrients.

Nechuta notes that it’s easy, after all, to get 150 grams of these veggies in your diet, she tells WebMD. A cup of cooked broccoli, cauliflower, brussels sprouts, mustard greens, cabbage and kale — all weigh about 150 grams.