Facial Dermal Filler Side Effects: Lumps, Bumps, and Duck Lips. When you have a facial filler cosmetic procedure, you could end up looking younger or you could transform into an ugly duckling. Lumps, bumps and duck-lips were among the complications patients have ended up with after undergoing the procedure.

Facial fillers, administered by injecting soft tissue fillers to plump up wrinkles, is considered as the second most popular non-surgical procedure used by people to maintain a youthful appearance. According to the American Society for Aesthetic Plastic Surgery, more than 1.5 million were performed in 2009 alone. Some patients, however, are now complaining about the procedure’s side-effects. According to an MSNBC report, some of these patients approach other doctors to fix their unexpected ugly appearances resulting from the procedure.

Said patients include 55-year old Elizabeth Miller, a social worker from Baltimore who developed red spots in her face after undergoing a facial filler treatment. Meanwhile, forty-year-old Eric Guerrin, a property manager from Atlanta had little lumps under his eyes after his doctor also injected dermal fillers into his face. Both admit that their expectation of having a more youthful appearance was not met and that their only wish now is for their “ugly appearance” to be fixed. 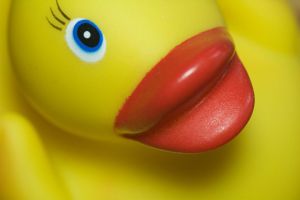 According to the US Food and Drug Administration, swelling was the most common side effect.

Dr. D.J. Verret in Texas learned from patients with the above complications that the specialists who did the procedure for them were either a nurse, a non-physician or by a physician whose specialty is not plastic surgery. According to Dr. Anthony Youn from Michigan, the foul-ups are caused by what he called “renegade practitioners”.